A strong character analysis will:

To describe the character:

Consider the character’s name and appearance.

Consider if he/she a static (unchanging) or dynamic (changing) character. If the character has changed during the course of the story:

Consider how the author discloses the character:

Look for these things within the creation of the character: 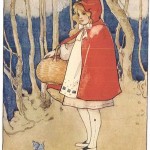 similarities and differences between the characters

If this post was helpful to you, please leave a note in the comments to let me know. You could point out what was most helpful, so that I will know what I might want to expand later.