Full-time college teaching has become an undervalued resource in the United States.

Cost to Students
A new study shows that first year students are more likely to drop out if they are taught by adjuncts. 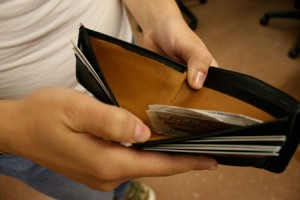 That is not just a cost to the students; it is also a cost to the colleges in terms of retention, which is a rate that they are judged on. Apparently, though, it is not sufficiently an issue to begin to hire more full-timers.

Those at community colleges who don’t drop out are less likely to transfer to a four-year school.

Since this is not something that community colleges typically track, it doesn’t matter to their bottom line. If they did track it, or someone did, it would matter more.

According to the Chronicle of Higher Ed, students were much more likely to drop out if the high stakes courses (like freshman English, in which an A is required for nursing) were taught by adjuncts.

If we want an educated populace, then it seems that we ought to hire full-time teachers who are teachers first to educate and care for the students in the gatekeeper courses.

The Journal of Higher Education looked specifically at community colleges and found that those with high percentages of adjuncts had lower percentages of students completing school.

Again, since they don’t track this, it is not an issue for community colleges. If USA Today or US News & World Report published this information, disseminating it to the public, then it would become an issue.

Regression analysis indicates that graduation rates for public community colleges in the United States are adversely affected when institutions rely heavily upon part-time faculty instruction. Negative effects may be partially offset if the use of part-time faculty increases the net faculty resource available per student. However, the evidence suggests that this offset is insufficient to reverse negative effects upon graduation rates.

I wonder if the community colleges have someone who keeps up with this kind of information. It seems like if this became more known, people would stop going to community colleges until they hired more full-time faculty. Of course, for those to whom price is the biggest issue, this is not true.

Over the past three decades, one of the most significant changes in the delivery of postsecondary education involves the dramatic increase in the use of contingent or part-time faculty. The pattern is particularly pronounced at community colleges, where part-time faculty provide virtually half of all instruction.

I hate to break it to him, but part-time faculty at my college provide three-quarters of the… Okay, maybe not. Three-quarters of the faculty are adjuncts, but until two years ago, adjuncts were only allowed to teach five courses a year- which is half of what a full-timer can teach. However, two years ago, this was increased to three courses a semester. Now part-timers can teach nine a year while full-timers teach ten a year. Most part-timers teach seven a year. So with 3/4s of the faculty being part-timers and the ration of 7:10… Adjuncts teach 52% of the classes at CC1.

And the number of adjuncts has increased while the percentage of full-time faculty has dropped. In 1970 78% of faculty was full-time. In 2005, the percentage dropped to 52. That’s a 26% drop in 35 years. By the time I retire, if the trend keeps going, only 35% of the faculty will be full-time.

Why is this happening?

Why is full-time teaching decreasing while part-time is increasing?

The bottom line, of course, is cost. If my CC hired me full-time, I would be making $57K a year and they would be having to pay basically $114K for the privilege (with taxes and health care). Part-time, they pay me and another like me $22K. And they don’t have to pay health care for me. So their cost for a “full-time equivalent” is $33K. They can hire six adjuncts who teach more than three times as many classes, for the price of hiring me full-time.

But the cost wouldn’t matter if the public were not going to schools with high levels of adjuncts or if accrediting institutions considered the percentage of adjuncts.

New America reports that the government is considering requiring transparency in number of adjuncts at a college. The colleges, of course, are resisting this. It’s not that they don’t know how many they hire. They do. They just don’t want the general public to know.