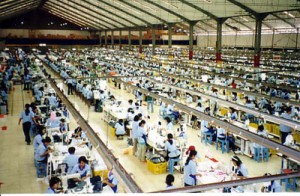 So said MLA’s “Education in the Balance,” their 2007 report.

Obviously at my CCs there are no upper-division courses. The sophomore courses are 99% taught by the tenure-track instructors. The 1% is the May-term class which doesn’t count toward the 10.5 month contract and is taught by whatever willing adjunct can be found, which in this case was me.

At SLAC, I know the upper-division grammar class is taught by an adjunct, but I think that is the only course that is done that way. And they have enough faculty to teach it; no one wants to though. That teacher has a PhD and is a grammar specialist, though, so her work is not a sloughing off of a bad job to a poor adjunct.

These figures show that, of all the faculty members hired by departments, no more than one in seven was hired to a tenure-track position. (9)

This is not surprising at all. For every tenure-track position, most colleges have to hire two part-timers to cover the same amount of classes. But they can afford to hire six for the same amount of money. So they get the equivalent of three full-timers for less pay. Of course they are going to hire part-timers as long as the emphasis is on finances.

The committee is drawn, on the one hand, to the argument that the concept of a non- tenure-track faculty is an illegitimate exercise of institutional authority; it is, and it ought to be, contested by whatever means available. (15)

I do not understand why hiring non-tenure-track faculty is illegitimate. My SLAC has three-year renewable contracts. Those have been stable for decades, although they are changing now as the president moves the college towards more research-intense work. Even when the letting go of traditional faculty who have not been publishing happens, as I expect it will in a few years, most of these teachers know it is coming and can do something about it now.

Neither of my SLACs, including the one where I taught as ft, are mostly staffed by part-timers. 90% or more of their English departments are full-time. Obviously one has no tenure-track, but even so most of its faculty has been there for years, with the exception of two new hires last year who replaced people who left four years ago when the college was in a downturn. (They retired.) The other has one position in the department that is full-time, non-tenure track. It is staffed by an MFA who does not intend to get a PhD. This is exactly the position she wants.

This goes back to a discussion I started in Adjunct Crunching as a response to Erin O’Connor’s “Adjunct Crunch.

Erin is arguing in her post that freshman composition should be the main focus of teachers in the English departments. Obviously MLA disagrees with her.

What do I think? I think that most English departments are supported by their freshman composition classes and they should give support back to those classes. In a CC most of the tenure-track teachers are teaching two freshman and three sophomore classes every semester. Some teach three freshman and two sophomores. But that means that in a year they teach 7 or 8 freshman comp classes. An adjunct, who can now teach 7 classes a year, will teach all 7 as freshman comp. And at CC1 there are three adjuncts for every full-timer. At CC2 it is a 1 to 1 ratio. There are as many full-timers as there are part-timers. At SLAC, there is a ratio in favor of full-timers, but not by much. This means that at CC1 far more of the freshman classes are taught by adjuncts than are taught by full-timers.