Steve Street, a longtime adjunct, responded to the recent Jaeger and Eagan studies on part-timers and education.

The researchers behind those studies qualify their results more than those who report and act on them. Jaeger called for more qualitative studies; Umbach set his numbers in the context of how academic institutions treat part-time faculty members, to use his qualitative term, “like crap.”

Now, I am also a longtime adjunct. I’ve been an adjunct for seven years. A full-time adjunct for a year now. My students have my home phone number. I have office hours. I’m as available for them as I can be. I’ve answered a phone call and an email today (Saturday, after finals and grades) from two students who called and emailed today. I think I have been just as accessible as any full-timer. 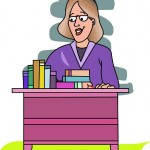 I’d be interested in some studies that show how adjuncts have saved the colleges’ behinds. 1/4 of CC1 is full-time faculty. If CC1 had to pay triple their faculty salaries, I wonder if they could survive. I doubt it.