According to one of Ruby Payne’s books, a simplistic description of the three socioeconomic classes can be made regarding food. 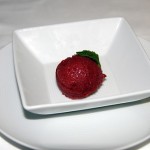 Poor people ask if you had enough, because often there is not enough. So portions are the big thing in poverty. 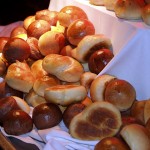 Middle class people ask if you like it, because there is always enough. So the subjective response to it is the big thing in the middle class.

Rich people expect their food to be beautifully plated, because there is always enough and if you don’t like it you can have something else. So presentation is the main focus in the upper class.

This particularly resonates with me because I did grow up poor, even though I don’t feel like I grew up in a culture of poverty. And that situation has effected my family’s life ever since.

When I was growing up poor…

We often did not have enough food to eat to feel full. When we would sit down together to eat (usually at night), my father would save his food. If we finished and wanted more, he would give us his dinner. Since we were young, we did not know he was hungry too. Instead we assumed he didn’t want his food. And we gladly raced through our meal to get his or part of his, too.

I do remember that we sometimes had odd foods in the house. I remember eating spoonfuls of brown sugar because that was all that was in the house and I was hungry. I was ten or eleven at the time. We often had ketchup sandwiches for lunch. Back then condiments and luncheon meats were very cheap. For Thanksgiving and Christmas we would have mac & cheese with fried baloney.

Long term that has meant that my family tends to make too much. Two days ago I fixed my husband a plate of food and he said, “Hey, that’s a normal sized meal.” We’ve been married twenty years and it is the first time (or at least one of the few) that I have recognized a regular portion size.

My family often didn’t have enough food, so we usually make far more than necessary when we eat. Even my baby sister who was four does this to some extent, even though she is now in the upper class and was at least upper middle class from age eight to eighteen.