I am in New Mexico this week for the very popular and well attended Popular Culture conference for the Southwest Texas region. There are people here from Columbia University, Pennsylvania, and Tacoma. Itâ€™s not just for Texans I guess. â˜º 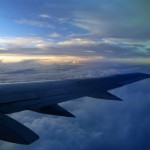 I came in Wednesday afternoon on a plane and twice already the issue of what to do with non-participatory (poor) or non-behaving (poor) students has come up. On the plane, a woman who teaches at a college in northern Georgia said,

I have a lot of students who come to school and they just do not know how to behave.

I know her students are mostly in generational poverty and so we talked about that for a while and what could be done to help them based on Ruby Payneâ€™s work and suggestions and what I have seen work in my own classroom. Then she said,

Sometimes I have students, usually women, whose husbands donâ€™t want them to come to school. They just want to help, to be ready to help if they need to. Lots of their husbands work manual labor and it is quite possible that they would be injured. The women want to be able to get a job to help their family.

At that point, I pulled out A Framework for Understanding Poverty and began â€œpreachingâ€ to her on the topic.

Here are some of the things I think are incredibly useful from that book.

Thatâ€™s the difference I wrote about the other day, when I was talking about my life. I was poor but I wasnâ€™t in poverty. I wasnâ€™t (mostly) in the culture of poverty, which is what is created and sustained by generational poverty.

Schools and businesses operate from middle-class norms and use the hidden rules of the middle class. These norms and rules are not directly taught in schools…
For our students to be successful, we must understand their hidden rules and teach the m the rules that will make them successful in school and at work. (3)

We live in a world that is as foreign to them as their world would be to us. Imagine taking a plane trip to Nepal to teach and finding out that your students don’t speak a word of English and neither does anyone else in the entire town. It’s something like that for the students. Only we and they all think that the students do speak the same language. But they don’t.

This is why it is so hard to teach these students to write. They don’t know standard English, so they are actually physically and mentally incapable of writing the way we expect in school – until we teach them how to do that.

I had a smart, hardworking student last semester. He wrote lengthy, well-thought out papers. He had a large vocabulary and wanted to do well. He wrote papers and then he rewrote them, probably with a grammar book at his elbow, to get the grammar right. The grammar of formal register is not the grammar anyone in his family speaks. But he figured it out on paper.

Unfortunately, the formal register hasn’t gotten into his head yet and I didn’t think to suggest Payne’s book to him. He dropped out of English class this semester when he had a teacher who read his standard writing of casual register and said he needed to take a remedial course. (I need to recommend the book to the teacher, too, in case he hasn’t seen it.)

This information is vital to our students success and so many of us, like my new friend on the plane, don’t know it.

One thought on “Student Culture in Generational Poverty”