For survivors of sexual assault, language can become a barrier to communication. A sexual assault survivorâ€™s language may change; this might be seen through rejection or isolation of the word rape, due to its socially-constructed meanings, or utilization of silence to a culturally uncharacteristic degree. This can lead to misunderstandings in the classroom.

In a composition classroom, the parameters of an assignment might result in an essay which appears to not match the assignment. An example of this is when a woman described her fear about hearing someone coming up the stairs to her apartment and her overwhelming relief when it turns out to be her boyfriend in a paper that was supposed to deal with rape. The instructor did not recognize that the author was a survivor (Amron). 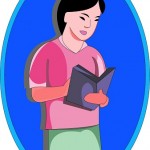 In a literature classroom, the reading may involve sexual assault and, even though the survivor reads the work, her (or his) personal experience and subsequently-adapted coping mechanisms cause her to disassociate the sexual from the violent in their reading, thus leaving her with an incomplete understanding of the text. An example of this is a woman who read a play for sophomore literature, was very active in the ensuing discussion, but was completely flummoxed when the professor asked her a question about the rape in the play. She had not read a rape.

This is one of the abstracts that was accepted to MLA and which I will be giving the paper on in December.

One thought on “MLA: How does Sexual Assault Trauma Impact Classrooms?”