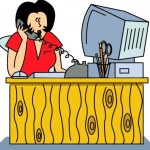 One was with Audrey June of The Chronicle. It was a discussion about how and why I dropped a full-time tenure-track position to stay home with my children.

It was also about how I am working on getting back into the job market now that my sons are mostly grown. 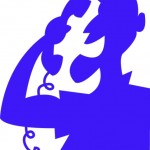 The other was a ten minute conversation with the lead teacher at one of the schools I applied to, setting up a phone interview time and making sure I knew the scope of the job.

I went back to the school’s website and looked at the courses below the 1300 level. Many of them were ESOL, which I do not have much experience with. I did not know if the developmental writing position, which is what I applied for, would require ESOL teaching. However, the lead said they are a separate department. I am guessing they are organized somewhat like one of my colleges with a department chair for that particular section, even though they are officially under the English umbrella.

The good news is ESOL is not required, but is available if I want to teach that.

In addition, the developmental writing is an emphasis, so you could teach three developmental writing courses and two of something else, like freshman composition for example. The lead says he teaches three dev writing and a literature course. I assume he has a release from his fifth course for academic duties of being a lead. I am not sure that is something I would want to do.

It might be that I could continue to teach early British lit, which I enjoy, and teach the course I am preparing to teach this fall at one of my colleges, a freshman composition with a health sciences emphasis. Health sciences is big at this campus as well.

I don’t want to bail on the courses I committed to as an adjunct, but I do want to be working full-time somewhere soon, preferably at one school. And, I think reasonably, I would like to be working for full-time pay.

I was very pleased to get the phone interview, though I have heard the positions open at one of the colleges in that system are not yet funded. I do not know if this applies to that school as well.

Regardless of how they turn out, both of the phone conversations were pleasant and left me feeling better about my efforts to secure full-time employment these days. 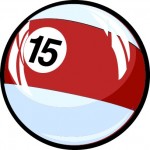 That means he doesn’t have a release for being lead teacher.Â  Ouch.