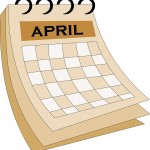 I have a second, in-person job interview on Monday. It is for a community college within the system in which I already teach as an adjunct. It is doing the job that was the reason I went to get my PhD in rhetoric and composition.

The interview officially will consist of two basic parts.

Part one
Part one will be a 30-minute lesson on something I think the students need to learn before they go on to college writing. What would I tell them in 30 minutes that will make what they are doing in their classes now more useful?

I didn’t actually have any problem with this. I’ve been reading a lot on retention and learning and relevancy and I do know exactly what I want to do. I have tried it out in the car twice and it takes a little less than 30 minutes. So…

I am going to tell them that the work they are doing now is relevant. They need to save that information in their heads and use it.

Then I will mention that giving examples helps make sure that you have a right understanding. And then I’m going to pull out my husband’s trusty iPod base station and we’re going to listen to an illustration paper sung by Tim McGraw called “Find Out Who Your Friends Are.”

Then I am going to ask them to write about a time that they befriended someone or someone else befriended them.

Part two
Part two consists of talking to them, being polite and interested, not sticking my foot in it.

I have prepared for part two before and I will go over my notes for that.

What is that? Waiting until I hear from them.