I was not interviewed for three jobs for which I applied.

I made it to the second interview for one.

I made it all the way to the final interviews for two.

Both of those final interviews had indications that I would not be the first pick.

For CC4, the indication was the dean moving toward my informational stack when she thought I had an article being published or even sent for review on a topic.

For CC3, the indication was the president saying that more jobs would be opening up in two years. A second indication was that the person interviewed before me has national publications in creative writing.

Because of this, I have realized that I need to ramp up my submissions for publications. 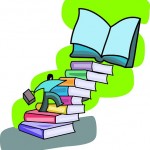 I do have a book contract, but it is a book for students, more of a textbook, general audience work. I don’t know how that is received by the academy. But the book will be published in 2010.

I have seven articles/chapters out, one of which I received back last week with a revise/resubmit letter.

One of the articles/chapters is probably written for too general an audience (ie, not scholarly enough). One of the articles/chapters has many older citations, and I don’t know if that will kill it. It might. A third article was supposed to be a single letter, but I submitted a series of six short letters. I don’t know if they will even bother to read them, though if they do, I think they would be accepted.

One article was an encyclopedia entry. If you’ve been reading here, you saw how that is not well received within academia.

But the important thing here is, I didn’t know. I left graduate school after completing all my classwork and spent twelve years working on my doctorate as a full-time teacher and/or a full-time mother. I didn’t have a mentor standing over me saying, “You should send this off to that journal.”

I don’t even know people in my field. Do I know what my field is? Ah, perhaps that is why so many people want an emphasis on one research field instead of multiples.

Anyway, that is why I have been looking into publishing so industriously the last week or so.