I put together three different quotes from sources that I thought were relevant for the reading we were doing. Citations are at the end. 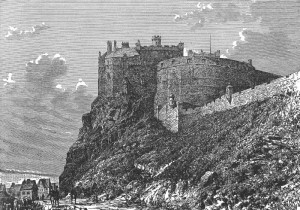 â€œGothic (goth-IK): a literary style popular during the end of the 18th century and the beginning of the 19th. This style usually portrayed fantastic tales dealing with horror, despair, the grotesque and other “dark” subjects. Gothic literature was named for the apparent influence of the dark gothic architecture of the period on the genre. Also, many of these Gothic tales took places in such “gothic” surroundings, sometimes a dark and stormy castle as shown in Mary Wollstoncraft Shelly’s Frankenstein, or Bram Stoker’s infamous Dracula. Other times, this story of darkness may occur in a more everyday setting…. In essence, these stories were romances, largely due to their love of the imaginary over the logical, and were told from many different points of view. This literature gave birth to many other forms, such as suspense, ghost stories, horror, mystery, and also Poe’s detective stories. Gothic literature wasn’t so different from other genres in form as it was in content and its focus on the “weird” aspects of life. This movement began to slowly open may people’s eyes to the possible uses of the supernatural in literatureâ€ (Taylor).

â€œGothicism is part of the Romantic Movement that started in the late eighteenth century and lasted to roughly three decades into the nineteenth century. The Romantic Movement is characterised by innovation (instead of traditionalism), spontaneity (according to Wordsworth good poetry is a “spontaneous overflow of powerful feelings”), (â€œNeoclassic and Romanticâ€) freedom of thought and expression (especially the thoughts and feelings of the poet himself), an idealisation of nature (Romantic poets were also referred to as “nature poets”) and the belief of living in an age of “new beginnings and high possibilities (â€œNeoclassic and Romanticâ€)â€ (Hamberg).

â€œGOTHIC: TALES OF the macabre, fantastic, and supernatural, usually set amid haunted castles, graveyards, ruins, and wild picturesque landscapes. They reached the height of their considerable fashion in the 1790’s and the early years of the 19th century (Oxford Companion to English Literature, p. 405-06)â€ (â€œLiteratureâ€).

â€œThe main protagonist is usually a solitary character who has an egocentrical nature. Even though the genre is a phase in the Romantic movement, it is regarded as the forerunner of the modern mystery or science fiction novelâ€ (Hamberg).

â€œGothic heroes are trapped in gloom unable to appreciate the light of day. They are the descendants of Cain, Satan, and Prometheus – heroic in their rebellion yet pathetic in their destiny. Their pain and suffering exalt them above the collective and enshrine them in their excruciating settings. In order to depict the shadowside of their heroes, Gothicists used ghostly visitations, especially a device known as a dÃ¶ppleganger, a mirror image of the selfâ€ (Hamberg).

â€œAlthough Gothic novels were written mainly to evoke terror in their readers, they also served to show the dark side of human nature. They describe the “nightmarish terrors that lie beneath the controlled and ordered surface of the conscious mind” (â€œThe Romantic Periodâ€). Surprisingly, there were a vast number of female Gothic authors. It is not unlikely that this kind of fiction provided a release for the “submerges desires of that . . . disadvantaged class (â€œThe Romantic Periodâ€)â€ (Hamberg).