I am hoping that is a rhetorical question and not a title for my life.

I’ve now been working as an adjunct for seven years. And I’ve been a full-time adjunct, teaching at least full-time in terms of classes, for a year and a half. I am about to start my second full year in that situation. 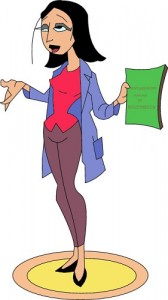 Why am I doing this?
That’s a hard question to answer.

Why am I adjuncting? Because I love to teach.

Why aren’t I full-time? Because, for most of the years when I haven’t been full-time, I haven’t wanted to be. I was very busy being a mom.

Why don’t I get a job at the high school? Because I don’t enjoy teaching high school students as much as I enjoy teaching college students. In fact, I am not very good at it at all. I know. I’ve done it three or four years.

Why am I adjuncting full-time?
Well, I adjunct at one school because it is close to my home, I have a strong history there (now), and I purchase insurance through them. Since I could get the insurance for half the price of what I paid through my husband’s tiny company, it seemed like a good choice. I actually teach 5 classes for them in a year to get $500 or less, after my insurance payments are taken out.

I adjunct at the other school because they pay almost twice what the first does, the faculty are extremely encouraging and nice, and I hope to someday work there full-time. When I originally accepted a full-time load for part-time pay I did so knowing that the last time they offered that, they hired the pt person in January. I was hoping for that. The assoc dean (who has been non-renewed on their contract) told me that this was not going to happen, but she didn’t tell me until I had already accepted the work.

It still might happen. The school is developing a distaste for adjuncts, though I am not sure why. So they might be willing to hire me to cover the classes they need covering without being an adjunct. In addition, they have let one senior faculty member go (non-renewal) and have another who is teaching only a single class with the department. Soon they will be short teachers and the school is growing.

But I can’t count on it.

However, I had accepted the work before I found out that they would likely not hire me ft in the spring. So I have the work. It’s one semester. It’s good pay. It’s all classes I want to teach. Shoot, the only thing better would be full-time pay and a travel allowance!

What have I learned?

I have learned that sometimes having an “office” on a couch in the hallway is a good way to get to know people.

I have learned that a room about 16×20 can be the official office for 120 people.

I have learned that I love teaching college enough to keep doing it for peanuts.

I have learned that it is a lot harder to get a job than it used to be.

I have learned that even when people are hiring, sometimes the position goes somewhere else because I didn’t say the perfect thing.

I have learned that sometimes people who say they are hiring are not actually doing so.

I have learned that at 47 I am considered too old to be hired by some departments.

I have learned that even at the community college level administrators are expecting publications as well as national conferences.

I have learned that I know a lot and have good things to say, both at conferences and in journals.

I have learned that I do not know as much about the professional side of my discipline as I used to. I don’t know all the journals or the conferences.

I have learned that my various fields of interest are a negative to many schools.

I have learned that my students don’t care if I am a full-timer or not.