From Rosemary Jackson’s Fantasy: The Literature of Subversion 1981 Metheun and Company. New York. 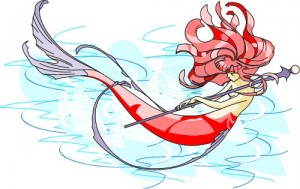 Structured upon contradiction and ambivalence, the fantastic traces in that which cannot be said, that which evades articulation or that which is represented as ‘untrue’ and ‘unreal’. By offering a problematic re-presentation of an empirically ‘real’ world, the fantastic raises questions of the nature of the real and unreal, foregrounding the relation between them as its central concern. It is in this sense that Todorov refers to fantasy as the most ‘literary’ of all literary forms, as the ‘quintessence of literature’, for it makes explicit the problems of establishing ‘reality’ and ‘meaning’ through a literary text. As Bessiere writes, ‘Fantiastic narrative is perhaps the most artificial and deliberate mode of literary narrative … it is constructed on the affirmation of emptiness… uncertainty arises from this mixture of too much and of nothing (p.34). (Jackson 37)

If I wanted to examine Justin (Briggs) or Pavel (Weber), this would be a good work to look at. Specifically around 49-57 it would be helpful. Quote from Jameson’s work p.120 on the mode of romance.

In Defence of Fantasy: A Study of the Genre in English and American Literature since 1945 by Ann Swinfen. Published by Routledge & Kegan Paul in Boston in 1984.

The essential ingredient of all fantasy in ‘the marvellous,’ [sic] which will be regarded as anything outside the normal space-time cotinuum of the everyday world. Pure science fiction is excluded, since it treats essentially what does not exist now, but might perhaps exist in the future. The marvellous [sic] element which lies at the heart of all fantasy is composed of what can never exist in the world of empirical experience. Elements of the marvellous [sic] may irrupt into the normal world, but more often the reader is carried, at least part of the time, into another world… (Swinfen 5)

Why do we read fantasy?

Fantasy draws much of its strength from certain ‘primordial desires’ for the enrichment of life; the desire to survey vast depths of space and time, the desire to behold marvellous [sic] creatures, the desire to share the speech of the animals, the desire to escape from the ancient limitations of man’s primary world condition. (Swinfen 7)

…fantasy provides a certain fulfilment for its readers through the experiences of Escape, Recovery and Consolation. [In “On Fairy Stories”] Escape, Tolkien writes , is not a term to be used with scorn or pity, as it is in some critical circles; rather the term describes not “the flight of the deserter” but rather “the Escape of the Prisoner.” Fantasy gives us the opportunity to escape to the ‘real’ world, to catch visions of the marvellous and the wonderful, to produce in turn the experience of Recovery. (Filmer 26)