From Where No Man Has Gone Before: Women and Science Fiction by Lucie Armitt, New York: Routledge, 1991. 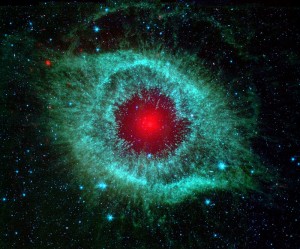 Increasingly women writers and critics of science fiction are offering new and alternative readings of stock themes and preoccupations.
…
One of the primary concerns of the science fiction writer is to challenge received notions of reality as it currently exists, and two of the most significant foundations upon which reality is based are time and language (forming the means whereby reality is compartmentalised [sic] into comprehensible units). (Armitt 7)

What is the point of science fiction?

to illustrate the significance of language and its structures to the structures of power, stressing the importance of women writers deconstructing not only the language of discourse but also the language of narrative, if existing power relations are to be challenged and subverted. (Armitt 7)

What are problems with science fiction?

Science fiction, like any other form of genre fiction, is particularly susceptible to the (often idiosyncratic) marketing strategies of the ‘popular’ paperback publishing industry. At times this can result in a very obvious tension between the book as a saleable commodity and the creativity of the writing contained therein. (Armitt 8 ) 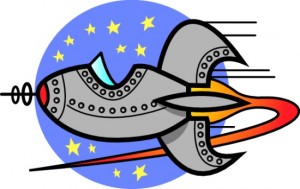 One of the criticisms frequently launched against science fiction, in common with other fantasy forms, is that of escapism–something which is apparently deemed a lesser preoccupation than those of the realist modes.
…
Women are not located at the centre of contemporary culture and society, but are almost entirely defined from the aforementioned negative perspective of ‘otherness’ or ‘difference’. As such, the need to escape from a socity with regard to which they already hold an ex-centric position is clearly an irrelevant one. More appropriate perhaps is the need to escape into–that is, to depict–an alternative reality within which centrality is possible.
In addition to this, however, good science fiction (whether based on a technological or a socio-political foundation) places great emphasis upon the intrinsic link between perceived reality and the depiction of futurist or alien societies. Thus whatever the approach, and whatever the gender, the depiction of an alternative reality is only the first step of an essential reassessment process (9) on the part of both author and reader; making strange what we commonly perceive to be around us, primarily in order that we might focus upon existing reality afresh, and as outsiders. (Armitt 9-10)

She says that what has been labeled science fiction is very slippery. Many are what I would call genre-challenged texts. “One approach to this is to define the boundaries within which one wants to work, and then to select material within those boundaries for inclusion” (Armitt 10). 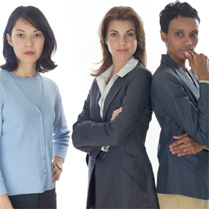 “…the role traditionally assigned to the female within the text–victimised, powerless and sexually threatened” says Sarah Gamble in “Shambleau… and Others” in Armitt’s book (37). She is specifying a particular text, but I think this can often be extrapolated to texts in general.

Ursula LeGuin, in “A Citizen of Mondath” from The Language of the Night: Essays on Fantasy and Science Fiction (1980) by LeGuin and Susan Wood, wrote:

That is a real danger, when you write science fiction. There is so little real criticism, that despite the very delightful and heartening feedback from and connection with the fans, the writer is almost his only critic.
…
What almost all of us need is some genuine, serious, literate criticism: some standards. I don’t mean pedantry and fancy academic theorizing. I mean just the kind of standards which any musician, for instance, has to meet…. The mediocre and the excellent are praised alike by aficionados, and ignored alike by outsiders. (29)

Susan Bassnett in “Remaking the Old World” in Armitt’s book, wrote about LeGuin’s work “nor can it be neatly categorised, either in terms of ideology or in terms of genre” (51).

“All writers are a product of a particular culture at a particular moment in time; the values they bring to their writing, the conventions they espouse, the critical statements they seek to make have a context” (Bassnett 52).