The book:Â I read Gender, Professions and Discourse by Christine Etherington-White this week. 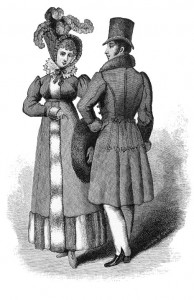 Covers:
It is a fascinating book on the autobiographies of British women from 1900-1920. She says she will deal with 24 in the book. But she adds points on two (one significantly) that are not counted in that total.

She examines the autobiographies by profession (dr, headmistress, nurse, etc) and by theme (frontpieces, preferatory remarks, silences, etc). Each section is well developed and appeals to various theories.

Positives:
The work was very approachable. She vacillated between a personalized narrative (“I found… I believe… I decided”) and an academic neutrality. This was not distracting but, for me, added to the readability of the work. I wondered if she had done it on purpose and if she thinks it made the effect she was going for. It made me think of Gilligan, et al’s work. The discussion became relational when she introduces herself. “Here’s what I think and why and don’t you agree with me?” kind of argument.

The details she gives from the autobiographies are fascinating. For example, even though the world in general looked down on actresses, all the actresses were encouraged in their pursuit of the stage by their fathers. One went farther and encouraged her to add cross-dressing to her repertoire. None of these women talked much at all about their mothers, who became shadowy figures in an autobiography where their fathers could take up as much as 1/3 of the story.

She covers an incredibly large corpus (26 autobiographies) in a very short space (248 pages), but leaves the reader satisfied with the quality and quantity of detail. Yes, I would like to know more, but I could easily garner more by going to read the autobiographies myself. And I just might do that. She has intrigued me with this.

Problems:
The biggest problem was her bald statement that she chose works which were representative to present, without giving any hint of how she made those determinations. Were the works like each other, thus being representative? Were they less extreme than those rejected? I would like to know the rubric by which she made the determination of representative. How did she choose?

She likes [sic] and uses it when I can’t tell what could possibly be wrong. Have the errors been corrected by MSWord somewhere along the way? I found it distracting.

Adding the two extra autobiographies, without the picture (for the one on frontpieces) or a discussion of the published genre (for the writer) was distracting. I did look the author up and found a list of her works, but I don’t know if these were low, middle, or high brow works, by Etherington-White’s definition.

Questions:
The book is well-written, with lots of calling out to theoretical ideas from multiple disciplines, though her favorite seems to be social semiotics. She does a good job of applying parts of theories to the works she is examining. Are parts of theories sufficient to themselves? I do not know, but they seem to work as applied.

I would have been interested in how she made the decisions she made as to which works were representative. Did she read all the autobiographies? That seems to be required. But why were those representative and not others? I would have liked a discussion of her gleaning and winnowing process, but there is nothing but the bald statement that she chose for representativeness. Did she? How may I know that?

Background:Â I chose this book because it was on women’s autobiographies in a time period that I was interested in. Had I known the book only covered British women, I probably would not have gotten it. Had I done that, though, I would have missed an incredibly interesting and useful work.