According to Huston, in The Usurer’s Daughter, the idea that became the great books curriculum was introduced by Sir Thomas Elyot in his work Boke named the Governour in 1531 (57). It was intended to educate the nobility through a list of “exemplary reading.”

Cromwell supported the propagandistic value of the great books idea (67). 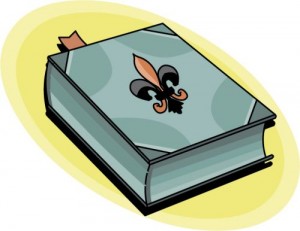 Humphrey’s Of Nobilitye required that a nobleman should be an intellectual, developing his mind (69).

And exegesis was emphasized under the humanists, as well, looking for points for winning debates and emphasizing logic (72). I was unclear on what she believed came before that expectation, but…

As the work of Lisa Jardine and William Sherman has shown, the activity of gathering and organizing information into a persuasive text, or ‘directed reading’ of texts, was to become the dominant medium of relations of ‘service’ between the nobility and the educated gentry of the second half of the sixteenth century. (75)