Sometimes, I admit, I haven’t even read my own assigned reading for the day. It’s not that I don’t want to; it’s just that I had to take on those extra two courses at the community college and finish up the freelance article so I could pay the mortgage for the month. Winging it usually works OK. But sometimes it doesn’t.

My not being prepared for class is only one way in which the students suffer. More and more, I find myself completely drained by the end of the day. In the middle of a great discussion, a student directs a comment to me. To the detriment of the discussion, I stopped listening a few comments ago, thinking instead about my decreasing checkbook balance or the dishes that have been piling up as I have been grading papers. Or I stopped listening just because I have had similar discussions four times already today, and I am, frankly, bored and/or exhausted. At least once, I stopped listening because of the loud construction across the street, where the university is building a new performance center. And I couldn’t help but remember the news a week earlier that budget cuts had put my job in jeopardy.

I have a plethora of thoughts. 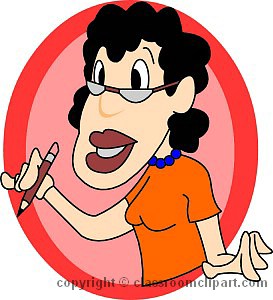 One: I am teaching six classes and I don’t do this. So he can do it too.
Two: Even if you are doing it, why would you let someone know?
Three: He put his name on the article. What was he thinking?
Four: Is this why adjuncts have a bad name?
Five: I can’t believe he does that.
Six: I really can’t believe he wrote that, even if he does it.
Seven: Maybe my husband was right. Maybe I am the exception among adjuncts. (Though I don’t think so.)

There is so much wrong with what he wrote that I just can’t get my head around it.

Yes, his students are losing out. And, yes, it would be easier to pay the bills if he were working full-time.

But he could have kept working full-time and taught part-time if he really wanted to teach and eat.

I tell my business students not to quit a job until they have their next job lined up because it is far easier to get a job when you are already working. Shouldn’t he have thought of that?