Stephen T. Asma, writing for The Chronicle, said that monsters are on the rise.

The uses of monsters vary widely. In our liberal culture, we dramatize the rage of the monstrous creatureâ€”and Frankenstein’s is a good exampleâ€”then scold ourselves and our “intolerant society” for alienating the outcast in the first place. The liberal lesson of monsters is one of tolerance: We must overcome our innate scapegoating, our xenophobic tendencies. Of course, this is by no means the only interpretation of monster stories. The medieval mind saw giants and mythical creatures as God’s punishments for the sin of pride. For the Greeks and Romans, monsters were prodigiesâ€”warnings of impending calamity. 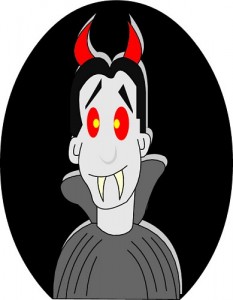 Is this an issue of monsters being too much with us or do the projections of monsters allow us to deal with the world as it is today? Is their usage a signal of our feelings of helplessness in an unfamiliar and/or estranged world?

I personally think the most likely cause of the increase in monsters is that we no longer believe that medicine will have all the answers. Eternity is not in our reach. So we reach for something else which has eternity and which we would not wish to be.