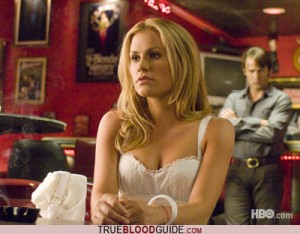 This session was the one I participated in. I spoke on Sookie Stackhouse as Gothic. This was part of what I used to produce my article, Vampire Mythos: A Comparison of Vampire Lore from Two Popular Fiction Series (Harris’ Sookie Stackhouse series and Butcher’s Dresden Files series, both of which became television series).

There were about 40 people in the audience. The room was full. 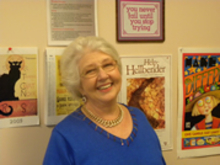 The second speaker (or other speaker) as Nancye McClure of the University of Mississippi.

Her topic was “‘Kudzu’: James Dickey’s Southern Gothic.”
The poem. 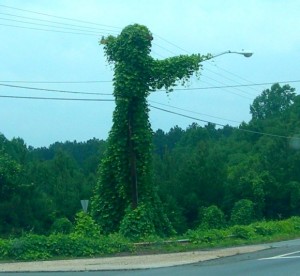 Kudzu came to the US in 1963.
lessons learned in Pearl Harbor
Japan, like kudzu, was not taken seriously.

Horror inherent in gothic is the scary familiar.
Gothic shows home itself is in danger.
Gothic is symbolic of the treachery of the unknown.

Snake = emblem of nature’s other

ambivalence – reaction to the snake
snake is beautiful but scary

sinister “meaty troops” are both war tropes and gothic tropes

subhuman does not equal animalistic
hogs have “nearly human … rage”

metaphor and participation as an animal would 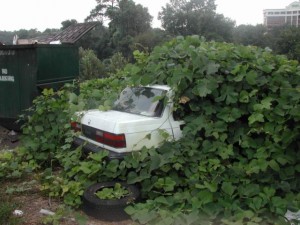 Global warming threat: when it gets warmer, kudzu will take over.

The protagonist is “you.”

Lightning is seen.
It is not light but premonition of bad things to come forward.

green sword (of the Green Knight from the Pearl Poet)

US government imported and planted kudzu, encouraging the use of kudzu.

3 or 4 southern Georgia towns have rattlesnake roundups which use hogs. 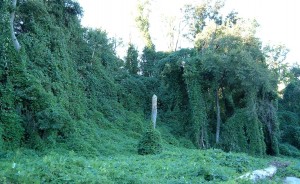 What is Dickey’s background?
Dickey was playing football for Clemson when Pearl Harbor occurred. He became a bomber and was involved with 100 runs in the Pacific.
was a professor
used myth and ancient works in his classroom
Most of his poetry and novels were about his war experiences.
He is famous for Deliverance.