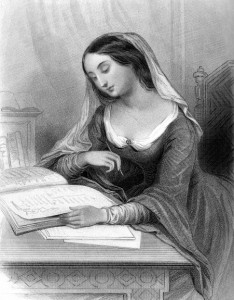 1- Book review. Complete. Published.
2- Article on promotion/publishing. Complete. But I have not heard back.
3- Shakespeare friendship article. Complete. Turned down.
4- Religion in speculative fiction paper. Complete. Received positive feedback and questions.
5- OE Judith, epic. Complete. This paper was not as good as I had hoped, but it was positively received. I also received a suggestion for one article to add to my Kalamazoo paper.
6- Sookie Stackhouse as gothic. Complete. This paper was a rip-roaring success. The conference had 500 presenters, but aside from the plenary speakers, I never saw more than fifteen people in the audience. There were thirty or forty at this session. I had lots of response, good questions, and a request for a reference. (I always take that to mean that I am going in the right direction.)
7- Adjunct article. Complete. It has been accepted and will be published soon.
8- Medical health contribution. Complete. Rejected.
9- Proposal for national conference. Complete. Will have heard by Dec. 5. I hope it is accepted, but if not, I have another proposal for another national conference to submit.

In addition, to the nine scheduled, I did multiple other projects within that time period.

I sent out Â series of poems to three journals. I received one acceptance so far, for a single poem.

I Â wrote and submitted two papers as proposals to a regional conference that I adore (and rescinded one after I found out that I could only submit one).

I put together a thematically organized reading of some of my poetry and submitted it to another conference. I hope I will be chosen to read. I really like their stuff.

I wrote a proposal for a national conference whose call I did not see till the day before it was due. My fingers are crossed on that one.

Overall, it was a very productive time, but I do not think I want to schedule quite that much ever again.

As a result, I have not voluntarily added anything to my four in two month projects for November and December. I did, however, receive a book I had earlier agreed to do a review of, so I will have five in two months. The first of the five is completed and the paper has been sent off to the journal.