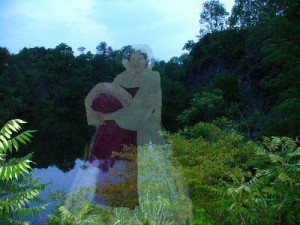 interest in how folklore happens

Speaker is a ghost in a metaphysical way.
American culture swallows up the narrator.

Speaker thinks this IS a ghost.
Literature acting for contemporary folklore.

“You” What does it equal?
speech and text -> emergent structure is a voice
emergent blend = someone is talking to me

precompiled blend when we look at our watch

sentence does not stand on its own
The title is linked to that.
“A Ghost Story” What does that mean? The story of a ghost? A story told by a ghost? Both?
true story, I was there, but I was eaten up
requires a knowledge scheme of ghosts

The ghost is outside the page telling the reader a ghost story. 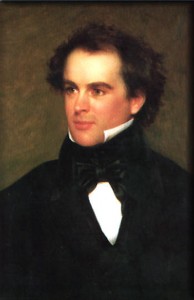 Tales and sketches of Hawthorne focus a great deal on the folklore.

Before The Scarlet Letter, Hawthorne had already written and published hundred stories. 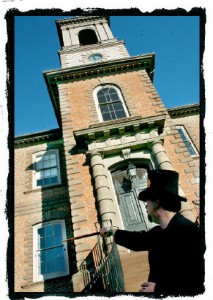 an ancient picture, the frame of which was as black as ebony, and the canvass itself so dark with age, damp, and smoke, that not a touch of the painter’s art could be discerned. Time had thrown an impenetrable veil over it, and left to tradition, and fable, and conjecture, to say what had once been there portrayed.
…
an heir-loom in the Province-House from time immemorial. As to the painter, I can tell you nothing; but, if half the stories told of it be true, not one of the great Italian masters has ever produced so marvellous a piece of work, as that before you.
…
One of the wildest, and at the same time the best accredited accounts, stated it to be an original and authentic portrait of the Evil One, taken at a witch meeting near Salem; and that its strong and terrible resemblance had been confirmed by several of the confessing wizards and witches, at their trial, in open court. It was likewise affirmed that a familiar spirit, or demon, abode behind the blackness of the picture, and had shown himself, at seasons of public calamity, to more than one of the royal governors.

“History has its truth; legends have their own.” Drake

Your life has been preserved while the world has changed around you. 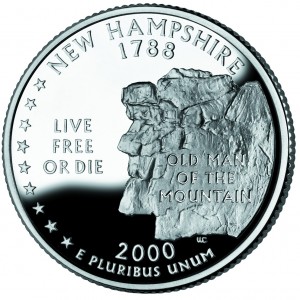 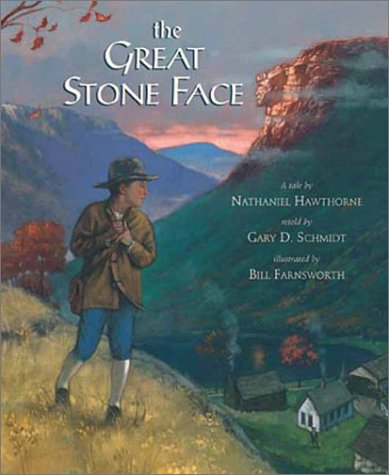 Hawthorne was a story teller.
A story communicates intelligence and wisdom.

Hawthorne did not think his folkloric stories were significant.
Think they were.

pilgrimage route is in Galicia (St James of Compostella)

archaeological findings indicate Celtic in the 1st millenium BC

Franco was Galician but trying to homogenize Spain.

aturuxo = scream out in middle of singing and dancing
long, loud
remnant of yelling before nocturnal trips

Strabo 3rd book, 3rd chapter
Men start dancing, jumping up and falling on knees, 1st C BC
but no mention of bagpipes

The lyrics are being lost now.

Cancion de Berce = lullaby
no instruments
This version has words and instruments.
So does this one.
Maybe I was wrong about what she said? Or they have changed the traditional way of doing it.

lots of humor
Gallego people are joking all the time