I will be presenting at MLA on intergenerational teaching and learning. As MLA has offered the chance to annotate our presentations in the online version of the conference schedule, I thought I would put up some posts that relate to my topic. 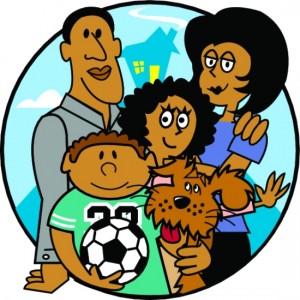 A discussion of the various generations is an interesting place to start. I was always a bit perturbed to be included in the Boomer generation, since both my parents are also boomers. However, having read the list of values, I think I probably am closer to the Boomers than to this list’s evaluation of me as a Generation X.

What might those values mean in our classrooms? How can we take advantage of them?

A different article has a different take on the Millenials, called Nexters. (It also calls the Boomers “self-centered, work-driven.” I do not think that is a fair description of my parents at all. Perhaps their generation, but not my parents.)

A survey of 27,000 12- to 19-year-olds revealed characteristics of the Nexter generation, including that they are

* self-reliant–they take responsibility for their own success independent of others;

* family-oriented–they rely on family as a sanctuary against the difficulties of life;

* consumerist–Nexters shop, but they will not buy things that don’t meet their needs and are skeptical of slick marketing promotions;

* mobile–Nexters promise to be the most mobile generation ever and already travel on the Internet;

* addicted to the media–it is not uncommon for Nexters to do homework, listen to a compact disc, watch television, and communicate online at the same time;

* fun-seeking–still mostly kids, they do not become bored because they have many options; and

* hopeful–they are not pessimistic or cynical but optimistic, and they expect to be happy adults. (4)

This generation looks up to, respects, and admires their parents. They feel close family relationships are a key to happiness. They want to work hard to do a good job, and they think saving money is cool. They believe that learning is a lifelong priority, investigate everything, and question the assumptions that have created the corporate culture. (4)

This article has an interesting explanation of why I don’t feel a part of the Boomers or the next generation.

In between the idealism of the boomers and cynicism of Generation-X
Generally moderate
Pragmatic
Swing voters
Dubbed as â€œGeneration Jonesâ€, this group grew up during Watergate, the oil crisis, inflation and recession. Their presidents were Carter & Reagan, not JFK & LBJ. They were too young to attend Woodstock, but not fully consumed by the materialism and cynicism of the â€™80s. Growing up between two extremes, they tend to be more practical and moderate.

You will notice that this concentrated more on me than on my students. I told you I was a navel gazer. But I also think that understanding ourselves is essential to understanding others.