ProfHacker offers an End of Semester Checklist that I liked. I am definitely a navel gazer, so it appeals, but I think it has some good points even for those who are not typically introspective.

If you maintain your own website, and blog regularly (or even semi-regularly), you should write up an end of semester roundup. This is a great time to publicly broadcast your accomplishments for that semester. The â€œEnd of Semester Roundupâ€ post is a second cousin to updating your CV. The good thing about this kind of post is you can also talk about things that, for one reason or another, arenâ€™t appropriate for a CV. So, you could talk in a lot more detail about your classes â€“ things you tried, what worked, what didnâ€™t work, interesting pedagogical issues that arose, and things you are going to try the next time you teach the class. You could talk about grant projects you started or proposals you started working on. Think about this is your Directorâ€™s Commentary Track to your semester….

What did I do this semester?

Teaching
I taught six writing courses, including one completely new course and one I haven’t taught in fifteen years.

That one had a less than auspicious beginning. It was clearly marked as limited to health science students, requiring the permission of the department head. Despite that the advisors allowed students into the course who were not nursing majors. This caused significant difficulties later because the course was filled, but not with nursing majors. When they found out they were in a composition course for majors and we would be doing majors-related activities, they were not too happy. I wasn’t very happy that I had half a class after all those students left.

However, in one way that made the course better. I was able to give the students individual attention that I would not have been able to do if the course had stayed full at capacity at 24.

The second freshman comp course stayed full all semester. That hasn’t happened in a while. I had a wide range of students and we did a lot of writing. That kept me busy with grading.

Remedial composition
I also had a remedial English course with 11 students. These students were overall able to meet the expectations of the course. I had a much better “debate” in that class this year. I assigned a topic to the students and they had to do research for one side or the other. After they read through articles, we had a classroom debate.

It was interesting. The students with whom I agreed were generally the less able students. However, there were enough of them that they were able to hold their own. Perhaps part of that was because these students actually knew what a debate looked like.

Business Writing
In this class I had a good book, used an old white paper assignment that went fairly well, and brought in two guest speakers. Those speakers helped the students see that I knew what I was talking about. They also helped me figure out that the students weren’t all juniors and seniors. (I had asked about sophomores and juniors and assumed the rest were seniors. It turned out the rest were freshmen, for a junior level course.)

The most interesting new thing I did in this course was the final. Since much of the emphasis was on job documents, for the final I gave them a resume, cover letter, and job ad. They were asked to comment both negatively and positively on the documents. They did an EXCELLENT job. So they know what to do. I was glad to see that. It’s often harder to apply it to your own documents than to someone else’s, but at least they know the basics.

Writing in the Social Sciences
This course was a rerun for me. It was the second time I taught it and I had figured out a lot of things I wanted done differently. Overall it went more smoothly, although I also had multiple plagiarism issues.

The poster presentations were significantly better. I think spending more time on the presentation of this aspect of the topic helped. Also, showing them examples and going through those for good and bad points also helped. Overall the posters this time were all B or better, as opposed to C and better last semester.

The best poster for this semester was from a student who was a repeat. Her poster took advantage of all the good points she saw last semester. She also let me keep her poster so that next semester I might have even better posters.

I finished my book, which will be published next year in October. (It’s already listed on Amazon.)

I wrote an article which will be published in the FORUM insert in Teaching English in the Two-Year College.

I wrote two book reviews, which have been published in Southwest Journal of Cultures.

I wrote another book review which will be published in CEA Forum. 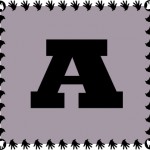 Overall
I have been very busy. I think I acquitted myself well and that my semester was a success.