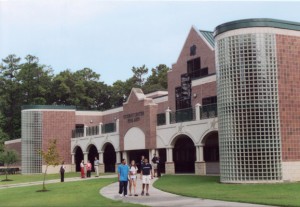 This morning I received a call at my home (about twenty minutes after I left) telling me that CC5 (or is it CC6?) wants to do a phone interview on Thursday. They called my cell phone at 12:40 and left the same message.

Since I was at work all day, I got the cell message first. I called immediately (2:50) and got no answer. I did leave a message. Then I called again at 3:20 and at 4. No one was there.

So I guess I will call again in the morning.

I am thrilled about the interview. I would like to know which position it is though. I applied for three at that school and (as far as I can tell) they are very different.

One weird thing: They asked for an academic rÃ©sumÃ©. I gave them a CV. I hadn’t realized that. Oh well. I guess they liked it anyway.

Unfortunately I also said I could brush up on my Spanish skills, which I certainly could. I learn very fast and Rice has a course for this starting next month. But my skills are very rusty. I can… read comments on Facebook and that is about it right now. However, I do believe I could brush up before next fall and be able to teach a book that is in Spanish, if they wanted that.