Are there really digital natives? Does it really matter?

Since I have an article related to this, I noticed when ProfHacker said, “Digital natives? Naive!” 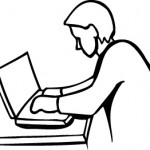 The Economist.com asks, “Is it really helpful to talk about a new generation of â€œdigital nativesâ€ who have grown up with the internet?”

And the answer is?

Writing in the British Journal of Education Technology in 2008, a group of academics led by Sue Bennett of the University of Wollongong set out to debunk the whole idea of digital natives, arguing that there may be â€œas much variation within the digital native generation as between the generationsâ€. They caution that the idea of a new generation that learns in a different way might actually be counterproductive in education, because such sweeping generalisations â€œfail to recognise cognitive differences in young people of different ages, and variation within age groupsâ€. The young do not really have different kinds of brains that require new approaches to school and work, in short.

….there may simply be too much economic, geographic, and demographic disparity within this group to make meaningful generalisations.

After all, not everyone born between 1980 and 2000 has access to digital technology: many in the developing world do not.

And that, is indeed, the crux of the matter in my article, Incorporating Digital Literacy Into the Composition Classroom.

Though many students are already fluent participants in net writing, there are other students, even in today’s colleges, who have never used the internet for anything other than required registration and email. To most students from a low socioeconomic background, the internet, if they use it at all, is simply a new kind of mailbox, sitting empty and collecting junk mail which occasionally needs to be thrown away or not, depending on the capacity of their server (Rothbaum, Martland, and Jannsen).