I tell my students that plagiarism is theft. You are taking someone else’s hard work and claiming it is yours. This hurts academics particularly, because we get points for being cited. 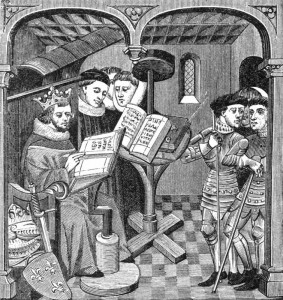 Blogenspiel, a blog I read regularly, has written about the breach of trust on the part of Medieval News and Medievalists.net. I went to the site of the first and saw an article which did not come up on Google anywhere except there.

However, I went on. This article is found in 2009 at Dal News. So it can’t originate at MN.

Certainly we do not want our students doing this. We cannot support it among our news aggregators.

Academia thinks it is a problem, though. Medieval News could be offering a valuable service as a news aggregator. It would not take much to make their work attributed. Just a simple “From a press release issued by Google” or with the URL would help. Of course, if they are quoting whole articles, then they are violating copyright issues. That’s a legal problem as well as an academic and ethical one.

One thought on “Theft”