National Association of Scholars has an article on teaching by John C. Chalberg.

Among other things, he notes:

There has been a marked decline in the percentage of Câ€™s. One other thing that I have noticed (as opposed to that which I know) is that many students do not want Câ€™s on their transcripts. Câ€™s!! There once was a time when only Dâ€™s and Fâ€™s were frowned upon (as they should be). But Câ€™s?? This shift has been and remains stunning to me. I thought a C was supposed to mean satisfactory work, or certainly average work. 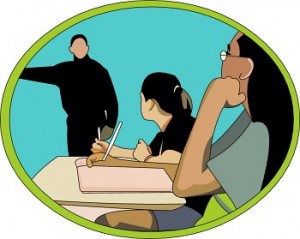 It’s worse than that for me at my CC. I teach a class for nursing majors. If they don’t make As, they can’t go for nursing. So, that class, folks either make As or drop.

But the most interesting thing, to me, was this statement:

Hereâ€™s what I do know. I know that Iâ€™m not the tough teacher that I used to be. At least Iâ€™m not nearly as toughâ€”or as demanding as I once was. I assign less reading. I now permit what I once dismissed as an unfortunate carryover from high school: extra credit. I give free points for simply turning in work, not all work, mind you, but a not insignificant chunk of work (and, therefore, points). And yet, when all is said and graded, I have the aforementioned drop rate. And Iâ€™ll likely wind up with nothing smaller than the usual small handful of Aâ€™s and a somewhat larger handful of Bâ€™s. In other words, I know I have gotten easier in recent years and yet the percentage of Aâ€™s and Bâ€™s has stayed about the same.

What an interesting idea. I’ve given more extra credit and been easier on students, but I still have about the same number of As and Bs as well. Where have all the students gone?

And why are we letting this happen? I mean “we” institutionally.

One thought on “Where have all the students gone?”