The first presentation I attended at the Hemingway Conference in Lausanne was on Exploring Hemingway’s Sentence. 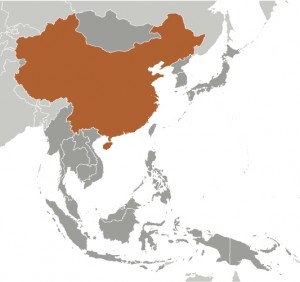 Guodong Jia
Hemingway is popular in China
lexical and syntactic styles of A Farewell to Arms chapters 38-40.

How the physical and psychological spaces are described

There are 91,560 words in AFtoA
The presenter is comparing it to a corpus of normal English with 1 million words.

14th sentence in ch. 38 is the longest, with 85 words.
“In front of the house where we lived the mountain went down steeply to the plain along the lake and we sat on the porch of the house in the sun…” 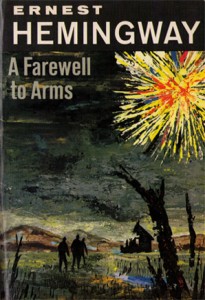 Katie Owens-Murphy
Hemingway’s writing is remarkably masculine, according to Young.
C. MacKay said it showed a “hardboiled disgust for sissiness”

Polysyndeton = The repetition of conjunctions in close succession for rhetorical effect, as in the phrase here and there and everywhere.

Frederic and Catherine’s hair dropping scene in AFtoA translates into almost equal syllabi lines if separated into lines by coordinating conjunctions
it becomes good free verse.
Note: Old Man and the Sea does not use polysyndeton. 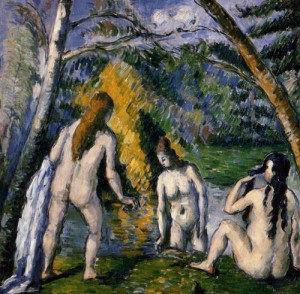 Picasso said CÃ©zanne was his one and only master.
Hemingway wanted to write like CÃ©znne.

“He could see the CÃ©zannes. The portrait at Gertrude Stein’s. She would know if he ever got things right.” “On Writing”

CÃ©zanne’s painting of his wife hung on one side of the fire place in Stein’s home. The other side held a portrait of Stein by Picasso that was eerily similar to Mme CÃ©zanne’s portrait.

Also, Hemingway wrote about CÃ©zanne’s painting of soldiers bathing in the river. Many people argue that this proves Hemingway did not know the artist.

Emily MW argues that it proves he was a CÃ©zanne afficianado, since it references a story about CÃ©zanne’s work.

Matisse saw Three Women Bathers by CÃ©zanne at a gallery. He couldn’t afford it. It cost the equivalent of $10,000.

He left the art gallery and went into the country. While there he saw soldiers undressing to go bathing in the river. He decided he had to get the CÃ©zanne. He went back. Mme Matisse hocked her emerald ring (and lost it forever since they didn’t have the money to get it back) so that Matisse could purchase Three Women Bathers.

Thus, Emily argued, saying that the painting was of soldiers undressing would not only recall CÃ©zanne’s work, but the particular story about Matisse wanting his work.
The CÃ©zanne painting is from OceansBridge.com.