James Stamant
Bodies Of/And Water in A Farewell to Arms

Catherine sees herself dead in rain
Frederic saves himself by diving into river
rain keeps the planes from flying
“across the river”
mud
dirt becomes invasive but saves his life
Frederic’s surgery is successful.
Catherine’s is not.
sterility, clean, holy, curating
town in Italy where it’s not a dirty joke to love God

Stoneback only one scene of water cleansing

ee cummings novel in 1922 The Enormous River
Willa Cather got her 1922 war description from Birth of a Nation, according to Hemingway 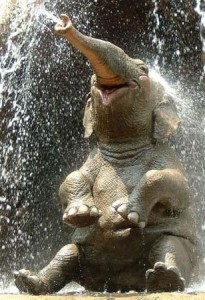 Ryan Hediger
ethics and animality of The Garden of Eden

how to understand David’s paternal lineage
David disagrees that time elephant has been with friend is irrelevant.
NOTE: Elephant friendship is real. Dog and elephant are friends.
David cares- but quits talking
David falsely agrees to repair rift with his father, decides not to talk
language is used to subjugate David
David calls elephant his hero.
knowing animals = knowing place

someone writing a book

David says he’ll ever tell anyone anything ever again. “never ever never again”
excessive use of language

failure of language
near end of pub bk David is forced to recognizes that language doesn’t make experience comes alive again.
language cannot recreate the experience
“the writing is the only progress you make” Hemingway, p. 166
“you must write each day better than you can” H, p. 166

real beliefs are private
“Under Kilamanjaro”
p. 205 “lightly as spider webs but that hold like steel cables”

homesick for Africa–not home, outside of responsibilities
places struck a resonant note in H-
desire to o back to them was a rejection of America

adult David- does he dismiss child David’s voice?
or is it unresolved in book?

This was late posted, due to a family emergency.