A reading reform initiative succeeded in increasing reading skills, even though its administrative support was let go.

A five-year reform effort in San Diego schools succeeded in raising literacy levels for lagging elementary and middle school students by increasing the amount of time spent on reading, the authors find. Among the other ingredients for success: professional development for teachers, a comprehensive vision and execution by the school districtâ€”and considerable patience in waiting for results.

It turns out that it was more successful in improving reading skills of elementary and middle school students than acknowledged at the time, though not in high school, where it was largely a failure.

In elementary and high school, more time helped. Not in high school. I wonder why not. Here’s one guess: 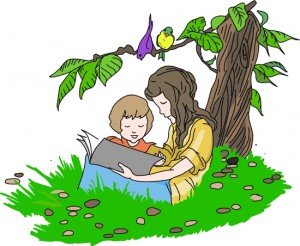 In elementary schools, an extended year for lowest achieving â€œfocus schoolsâ€ also brought up scores significantly. Less effective was an extended day reading program, in which first through ninth grade students lagging behind their peers were assigned three 90-minute periods each week of supervised reading before or after school.

But what worked in middle and elementary schools backfired in high school, with students assigned to double and triple length classes actually regressing in their scores. Betts and others speculated that high school students felt stigmatized or that some high school English teachers, used to teaching literature, disliked remediation instruction.

So what did they decide about it?

Betts and others concluded that extra classroom time for students who are behind in reading, combined with teacher training â€œcan lead to meaningful gains in literacy.â€ An extended school year in middle school for students who are behind showed the most promise. The failure of the programs to take root in high school underscored the value of intensive intervention in elementary and middle school. â€œEarly intervention to aid students who lag behind in reading might be far more effective than intervention in high school,â€ the study concluded.

I wonder what that means for college-level developmental reading.

I doubt it means the same thing, because students learning to read in college WANT to know how to read. It may take longer though, since younger students learn faster than older students.

Found because I read Joanne Jacobs on a regular basis.