I sent a proposal in to a journal about the material circumstance of adjuncts and contingent faculty here in Houston.

That proposal was turned down. I’m glad in retrospect because it would have taken a lot of time that I didn’t really have.

Now, however, I am taking part in a documentary on the material circumstance of contingent faculty for NCTE and the Forum. If you haven’t taken the Contingent Faculty Questionnaire, go now and do that.

I would like to go to my other colleges and video tape where I worked and what the offices, etc, were like. However, I don’t know that I have the time to do that tomorrow and I don’t know that I want to drive all over creation in the hopes that the buildings are open on the weekend.

Would I videotape the couch that another adjunct and I shared after offices were damaged during Hurricane Ike? We shared the couch for a year. But, at the time, officially the adjuncts had just as large of offices as anyone else. Of course, we shared them with two or three or four other people. 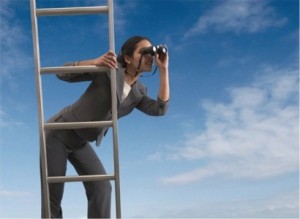 But having come from my other two colleges, that seemed an entire ladder higher on the rungs of professionalism.

At CC1, where I taught for eight years quite happily and would remain had they offered me a tt, there are 3x as many adjuncts as ft. The adjuncts have two offices on campus. One has three tables and four computers. The other is not for the humanities, so I don’t know what it has.

At CC2, where I taught for one semester, and where I was offered a ft/pt position which did not make because there weren’t enough classes (ft work for pt pay), there were twelve cubicles marked with chest high gray plastic and cloth walls. You had to sign up first to get them. I think mine was shared, though they weren’t supposed to be, with a sociology adjunct.

You can see why I thought an office, with real furniture, even shared with four other people, was a good deal.

I guess you’ll have to watch the documentary to find out what the material conditions are under which I work now. Or wait for another day when I might be willing to share the office experience with you.