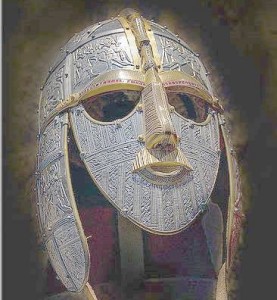 They took more than 400, highly detailed photographs of the dig â€“ far more than the 29 official shots taken by the British Museum photographer.

The pictures have laid forgotten until now; as a selection of them are forming the centrepiece of a new exhibition at Sutton Hoo.

The pictures were unearthed by Sutton Hooâ€™s learning officer Claire Worland while she was going through some boxes in a store cupboard.

So the photographs are more “how Sutton Hoo was excavated” rather than what treasures were found. However, that seems like it would be an interesting collection of pictures.