In January of 2010, I was hoping to be hired by CC1, where I had adjuncted for eight years. I knew this was unlikely because I had irritated a regular member of any search committees.

I was planning for my new online course in Freshman Comp that I created myself, pretty much entirely, in about three weeks. I may have still been working on it.

I had another freshman course at CC1, but all I did for that was change the dates and a couple of readings. It was in good shape.

At the SLAC, I was teaching two Writing in the Social Sciences and two Business Writing classes. I was also set for those. So I just posted changes to the class times and places and was good to go.

In January of 2010 I met the 150 students I would teach that semester. About 140 of them finished the semester. Most of them made As and Bs. There was some very troublesome plagiarism, which was handled well by the new chair at the SLAC. 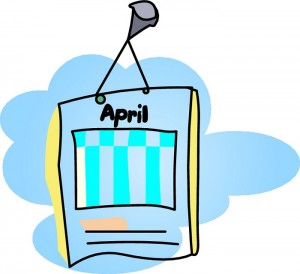 I applied for five or six jobs in the spring, while teaching my 150 students in my 6 classes and writing and presenting at conferences. I did PCA SwTx, CCTE, CEA, Kalamazoo, Computers and Writing as conferences. I sent off two publications and started working on a third. I had two articles published.

In the summer, I went to Switzerland for the Hemingway conference. That was an incredible trip all the way around. I also sent off another publication.

I came home to teach Business Writing in a summer class, which I did, while visiting my mother in the hospital. Classes started the day we found out officially that mother had brain cancer and would die. I also had a job interview that afternoon.

My mother died on a Monday afternoon, while I was with her, after class was out. Thank you, Mother, for waiting for me. I taught class the next day.

The week before finals I had a final interview in the morning, which overlapped one hour with my summer class.

We finished the class up with me in the ER for rib pain, but I made it out in time to pick up the finals.

I applied at my alma mater. I’ve never heard back from them, but expect to eventually.

I started school the next week after finals for my new college and found out that the ft position that I was offered was not tt. The school doesn’t offer tt. Everyone at school is contingent faculty.

I loved my developmental classes and I had some good students in Brit Lit. 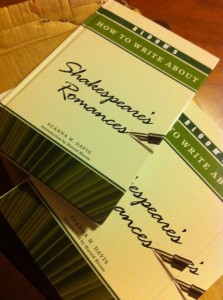 My book came out in October.

I went to one more conference in the fall, where I spoke and was secretary. I will be chair for the next year and I was a bit worried about how to do that, but I will figure it out, I am sure. Or maybe not. They have my wrong email address. I need to contact someone from that conference.

The SLAC I was working at last year reposted the position I am qualified for. However, due to the departmental politics I am not interested in walking into that one.

I’m very happy with the school I am at, though I wish I had more contact with other professors. The students, while not the best, are dedicated to their education and that is an amazing opportunity, to teach students who all want to do well, even if they are academically unable.

I am heading to LA for MLA this next week.

I expect to participate in PCA, CCTE, and Kalamazoo this spring, since I have been accepted. I have three articles I am revamping to send out this month. I’ll be teaching three developmental and one Brit Lit II. That’s a new prep, so I am working on it and trying to design a course that is more within my students’ abilities.

I am also putting together a CC panel for 4Cs, so hopefully that will be accepted. I will not be attending 4Cs this spring because of my other conferences.

Next summer I will be teaching technical writing and freshman composition during the first summer session. Maybe another trip will come up for the second summer session.

In the fall, although I am not yet signed up, I expect to teach two developmental, a freshman, and Brit Lit I. That will give me a bit more release time for the on-line, in-house journal I am working on for the department. I will also attend, but not speak at, SCMLA. I will be chair of my session and speaking is not allowed. There have been a couple of interesting conferences, but all of them conflict with SCMLA.

My youngest son leaves for college in the fall, so I will be an empty nester. That will be a different experience.

Next year at this time, I will have sent out eight articles for publication and at least four poems. I will not have spoken at any other conferences besides the ones mentioned here, unless I do Hemingway in June. I expect to have enjoyed my experiences with my students and have met some new challenges, trying to draft a tech writing class to the appropriate level for this school.

It’s going to be a very academically busy year.