Sites of Digital Composing in the English Curriculum

Kristine Blair
Bowling Green U
consistent with NCTE standards: Language Arts Methods to develop technology-infused language arts curricula.
Professional and Technical Comm, consistent with an emphasis on workplace genres.
First-Year Writing curricula introducing multimodal literacy in ways that foster production of digital texts. What we preach v. what we are able to practice.

Once we get to answers for these questions. What types of technologies/tools can help achieve these goals? Don’t use it just because it is sexy.

Whose responsibility is it to integrate technology?
It is vital to revisit structures in English studies that privilege print text…
Think about ways that tech can be used across the curriculum. 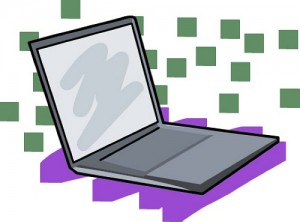 Christine Tully,
U of Findlay
2004, asked to write a digital review,
introduced to students reviews in composition in general
How they are created.
Students read the book.
Then we created a digital review in the class.
Having the students read the other reviews in the journal.
They worked on it as a project. Everyone take a chapter and make a link. They found one tech student in the class to put it all together. They did not make webpages themselves, even with experience.
We replicated it in 2008.
In 2008 they looked at the book as a whole.

This is a way for students to enter into a scholarly discussion in a different way. They’ve done a critical public review.

What has happened at the university is that the students have already engaged in the scholarship. People have referenced this review. There are people who have talked about the review.

Kristine Blair back again
Student perspectives.
Important after digital practice.
Let’s have students come up through the ranks who embrace those.

Joy Bracewell
University of Georgia
“Integrating History: Producing a Particularized Digital Pedagogy”
Thinking on a lot of things that the other ladies were talking about.
Any technology in the classroom tends to effect other things in class.
Must bridge gaps.
Technology can change students’ view of themselves.

Hybrid Forms: Online docs to e-portfolios
not just an essay data base… with visual aspect, students can respond

Reacting to the Past- Multimedia Learning and Beyond
Red Clay 1835: Cherokee Removal and Meaning of Sovereignty
post on that, from a person who worked on it.

Red Clay 1835 examines the removal of the Five Civilized Tribes from the American Southeast in the 1830s. Specifically it looks at Cherokee Removal (events which culminated in the so-called Trail of Tears) from Georgia, Tennessee, Alabama, and North Carolina. The game itself takes place at the historical meeting of the Cherokee National Council at Red Clay, Tennessee in October 1835. At that meeting United States treaty commissioner John Schermerhorn formally presented the terms for a removal treaty. Historically, those terms were rejected. However, that rejection, and events surrounding it, led the Ridge family and their supporters to negotiate separately the illegal Treaty of New Echota, which became the rationale for forced removal. Students are divided into three factions: the National Party (the government of Principal Chief John Ross and his supporters); the Treaty Party (the Ridge faction); and the White faction (Schermerhorn, his deputy commissioner, Georgia Governor Wilson Lumpkin, and US President Andrew Jackson). There are also a number of indeterminates, representing a range of opinion that existed in the Cherokee Nation at the time. Students reenact the October 1835 Red Clay conference, engaging in public debate, private negotiations, and behind-the-scenes machinations. This game is in development by Jace Weaver, Director of the Institute of Native American Studies and Professor of Religion at the University of Georgia.

from U of Georgia’s site

Game could cause confusion for the students. It also leaves the student with ownership of his learning.

Another game:
Modernism vs. Traditionalism: Art in Paris, 1888-89
Art in Paris Reacting Game
analysed book covers and created their own multimedia handouts

Wordle of Moby Dick
Discuss the image and have to argue for the presentation of it.
Judge it by the Cover- analysed a novel’s cover, emphasis on the cover

Student presented “New Thoughts on a New Media” talked about her process of considering various literacies. Showed sense of history. Discussed her work in terms of her medium. 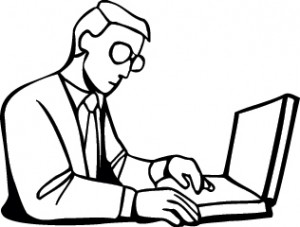 Trace Pedagogy
based on “trace ethnography” developed by R. Stuart Geiger @staeiou and David Ribes in “The Work of Sustaining Wikipedia: The Banning of a Vandal”
“a way of generating rich accounts of interaction by combining … analysis of the various “traces” that are automatically recorded by the project’s software alongside an ehtnographically…”

Guide the process as it goes on.

These traces are available to the other students. Makes the traces public. Other students can see what everyone else is doing. That gives them for peer learning and peer review/evaluation.

A recursive composition environment
students not only compose the text, they compose the environment for composing the text
ex: collaborative style guide, license and deadline debates, CSS for overall site design, extensions… 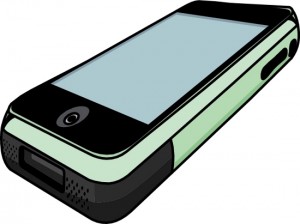 students are essentially interacting with media
They are remixing.
Produce it.
They aren’t remixing in our classrooms.
The army is using it, leveraging it.

dialing into the public sphere

students had to wear uniforms
microtransgression
Literacy with an Attitude book

Math That Moves: Schools Embrace the iPad
How are we going to transform the world around them.
[email protected]
theamericancrawl.com

If we look at an assignment as born-digital, it’s not “add digital and serve.”
Online syllabus that looks like the old syllabus…
Born-digital = intended to be digital from the beginning
Student had a digital purpose with a digital audience and a public digital context.
Issues like copyright laws. Wanted to use something had to get permission.

Started with traditional research.
How to find really good quality effective research…
Had to talk to them about the places where they could get the images for their digital projects.
Annotated bibliography on the works.
Created a script for a digital movie using the images and the research that they had gathered.
They weren’t going to be able to use parenthetical citations. Those had to be integrated to start with.
Taught basic HTML coding. An integral part of what we were trying to produce.
We didn’t want a wysiwyg. They needed to be able to troubleshoot. Relied really strongly in X’s idea on looking “at” it and not just “through” it.

short movies, about three minutes
had to do the research, find the images, do the voice overs
screenwriters, producers, actors, editors

Benefits:
facilitiates an environment wherein students have opp to create texts that differ from traditional but engage with appropriate rhetorical sits

forces them to work with contemporary intellectual property issues

allows students to synthesize the content of lesson plans with the creation of their own digital texts using the interdisciplinary, hybrid approach

Can’t just be the English department but all the librarians as well.
Simple pedagogical objects as practice, accustomed to…
Even if you have a background, how do you integrate this?

Make friends with your librarian.
They know so much about information literacy in the new media age.
Librarian that I worked with taught me a topic that turned into my dissertation.
integrate digital concepts and tools

One way to find the time is
podcasting
I am not a sound person. I’m not an audio person.
I had to do it for an academic project.
Audacity- free audio editing software
Basic introduction.
Picking up little digital tools where I need to use them.
We can’t use podcasts if we don’t do them ourselves.
They got their podcasts played over the campus radio.

Don’t be afraid to fail.
Make spaces where folks can fail.
All of my projects are available.

We are very lucky to have the librarians and have access to great digital information.
Access and culture are both very important.

Were there also traditional papers that went along with the born-digital idea?

First-person narratives within their role.
Book project just took it to the max.
Even those who were not as bright were still able to participate and get involved.

Playing with mediawiki. Use something like Google. Experiment with them. Class notes collaboratively.

Range. Active learning. Department came up with email traffic- why? Why were we deciding whether something succeeded or didn’t? Success in high school? The students were taking ownership, but I wasn’t feeling like I was pushing them to the next stage. How do you go from tech I understand to this is the economy I participate in?

Success… Any students going to college are outliers. How can I get my students to use what they know and apply it to the academic aspects?

Types of experiments
Google accounts? Required all students to create email accounts. Is there an ethical concern with requiring students to come into relationship with the business?

Private companies are coming in and taking away from educators. Serious concerns with this.

It’s why I love Mediawiki because it is open all the way down. Not everyone has the space that I can get access to.

Foregrounding of the students is the most important thing that you can do.

Traditional stuff?
Good to talk about when it is rhetorically appropriate. Have a discussion about it.

No single traditional venue.
Treat it as translation.
We’re going to work on it here in this way. Then we’re going to translate it into this type of work.

My students totally know how to do weird stuff with language, but can’t do academic looking stuff. Yes, they need to be able to construct the traditional to succeed.

One thought on “MLA: Sites of Digital Composing in the English Curriculum”