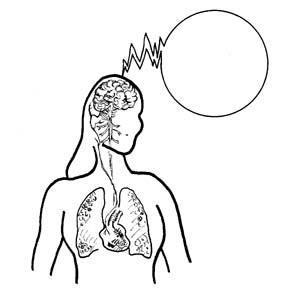 This paper is based on a newly published interdisciplinary volume.

Over the past decade a major interdisciplinary movement has come into being. At the same time humanistic disciplines move towards neuroscience while scientists are looking for what does not appear in the experiment.
Neuroscience is important.

Cognitive literary criticism is growing.
Mine is neuro-cognitive, focus on authors, whose works enact …
Analyzing authors recognized as neuro-genius.
Literature as a laboratory of the mind.
Fresh insights into the studies of complex studies of literary works based on the idea that we are our brain.

19 original articles to create a dialogue between neuroscientists and humanities.
The Memory Process: Neuroscientific and Humanistic Perspectives

Can help us understand memory as a creative process. 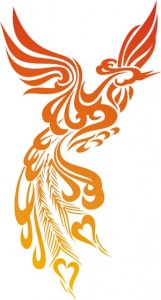 Phoenix metaphor: memories perenially re-creation
Many layers of memory.
Transcience of memory
Biological confirmation of the basic inaccuracy of memory.

In Faulkner’s Sound and Fury memories comprimised by present experience.

In human’s retrieval of memory may update. Retrieval can strengthen memory.
Anais Nin, House of Incest
“alleged incest”
Really? It’s not incest? Is the speaker saying it didn’t happen? Or is the fictionalization the issue? Why does she say alleged incest? Are we moving away from the acceptance of that, too? Did you notice no one says “alleged robbery” even when it may not have happened? What is the point of this?
Unsolicited memory retrieval…
Traumatic memory…
Chemical influences that govern reconsolidation.
A scientist shows that in dreams and off-line thinking their is a consolidation and strengthening of memories. Dreams create stronger memories and understanding of those memories. “The expressed non-conscious”

Borges discussed “pathology of memory” of male who fell from horse and re-experienced memories.

synthetic construction of memory
often depending on strength of connections between neurons in the brain
Language shapes memory at illuminated moments of poetic expression.

Unconscious implicit memory and conscious explicit memory always separated, but the new book’s articles all are linked.
Ex: Virginia Woolf’s To the Lighthouse

Memory of emotion can move us without the invocation of that emotion. Unlacing boots reminds of grandmother, who untied his boots. Saw his grandmother in memory. Then felt bad about how he treated her, which was a weakening of his memories. Proust
Strong connection of selfhood and memory.
Connection is a given in literature.
Confirmed by multiple disciplines.
Lasting beliefs in link- films link this (science blog on amnesia in the movie) 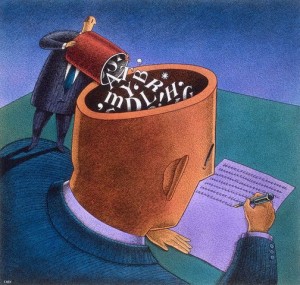 Two points:
Although writers have been drawing on dramatic metaphors, memory in drama has been basically ignored.
Correspondences between scientific ideas and theatrical metaphors has been ignored. memographers = folks who write about memory
Dramatic metaphors continue to serve in memory today.

world can be bound into a scene… of events
Edelman’s concept of a scene requires a linkage. Memory scenes do not picture the past but order, bind, and present.

Scene better than image, not static. (my word)

Dramatic presentations of memory have been forgotten.

How memory transforms and both transforms taken up by Edelman and Beckett.
How can the firing of neurons give rise to feelings, smells, etc. (Edelman)

Neurons that fire together, lie together.
We don’t remember things, we remember relations.
High order conscious makes it possible to relate a socially constructed self to the future, to deal with the not-there.

Samuel Beckett shows a keen interest in the corporeal aspect of memory, from his essay on Proust to last drama.

Act Without Words shows how memory mediates between primary and higher order consciousness. 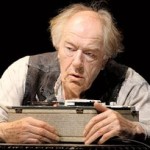 The word scene or scenes tolls through the past.

For Edelman, the brain is constructive. Builds a coherent picture of what once was and could be.
Beckett’s view is the inverse. Fragments and disconnects one part of the brain from the other. 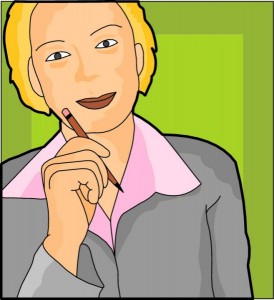 Referring to passages on handout.
Memoir’s very name relates closely to memory.
Focuses with special intensity on the author’s capacity to remember.
Fertile ground for recognizing/examining the episodic nature of memory.

Consider a variety of memoir passages.
Yeats, Nabokov, and McCarthy returned to memories again and again.
Striking insights into consistency and impact of other events.
Language in which written, conflicting testimony, confusion with imagination.

Yeats
left two accounts of his life
1915 private mss written personally in discouragement
1922 memoir for public when he was happy because Ireland had independence
Both versions quote word-for-word but the presentation of those words changes.
constraint of grief versus triumphant defiance 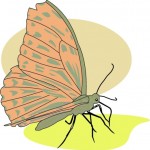 translating them into Russian (the original language) “intense concentration, the neutral smudge might be forced to come into beautiful focus”
group memory within a family circle- It was his father’s memory. Nabokov was not there because he was not born.
Bearing witness to a visual experience that only gradually gets verbal processing.

Memory in present and as a record of the past.
Nabokov exploits the memory of his father to act as time travel.
Russia’s old style calendar, difficult to find the butterfly in the area.
Step by step build up noted in the father exemplifies the mnemonic experience that Nabokov used after they had to flee from Russia.
His mother, who loved to gather mushrooms there, also remembered.
He and his mother would play a memory game of walking along a remembered path.

Mary McCarthy, the failure of memory
failures usually come to light when published
Her siblings were able to come to her memory writing.
As a result, the book includes inter-chapters with the folks’ responses, her own response to them, and her own discussion. 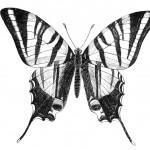 McCarthy re-read her sketch, which Nabokov did to help memory, actually caused her to doubt. She recontacted her brother to find out if he did tell her he saw her Uncle leave the butterfly at her plate. He said no. Did her teacher say that her uncle must have done it?

Specimens related here, selected based on their genuine interest with how memory works. Function as true literature and richly informative experiments in writing with and about memories.