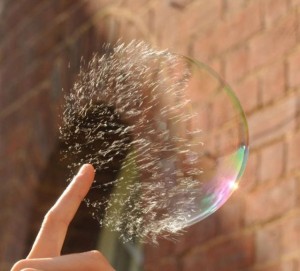 Is what happened in Tunisia the future of the United States? Was it, in fact, brought about because of a higher education bubble which burst?

Tunisiaâ€™s big problem is said to be unemployment. But unemployment there is running at somewhere between 13 percent and 14 percent, which isnâ€™t really so bad. The real problem is that Tunisia cannot create suitable employment for the huge numbers of college graduates it creates every year.

Tunisia has a gigantic education apparatus that has earned it plaudits for years. Free university education is guaranteed to anyone who passes the governmentâ€™s exams at the end of high school. As a result, an estimated 30,000 to 40,000 university graduates enter the job market every year. Fifty-seven percent of young Tunisians entering the labor market are college educated.

It turns out that creating a large class of college-educated workers is not necessarily a recipe for prosperity. Tunisia has discovered it can be a recipe for political unrest and mass unemployment. For Tunisiaâ€™s recent college graduates, the unemployment level reaches to at least 30 percent. If you count in various forms of under-employment, itâ€™s safe to say that as many as half of Tunisiaâ€™s recent college graduates are losing out in the jobs market.

There is a lot more in the original article on CNBC.com. It’s a scary thought.

Could this be where we are headed by encouraging people to go to college when there are 1) not enough jobs for them and 2) things they can do better without college?

The image is from Political Calculations.