In a discussion of highly stressed students, Naomi Schaefer Riley argues that the “aimless curriculum” is at least partly to blame.

While I don’t know about that, she does discuss an issue which touches English departments everywhere and can make a big difference to our students.

Harvard English department, which recently replaced its year-long survey course for English majors with a series of “affinity groups” in which students would learn about whatever authors (within broad categories like “poets”) their particular professor finds important or interesting. Chace points out that under this system, the job of “cobbling together intellectual coherence” falls to the students themselves.

I am presently teaching a humanities course, which is a core curriculum course and “belongs” to the English department, despite its designation. (The upper level course belongs to the philosophy department, so perhaps that is part of what makes the course interdisciplinary.)

It can be too easy to agree that we should introduce something to something and, in enthusiasm, jump away from any category that lets them hold onto the knowledge. Instead I am going to stick with the main point of history as a road leading towards us for the course. 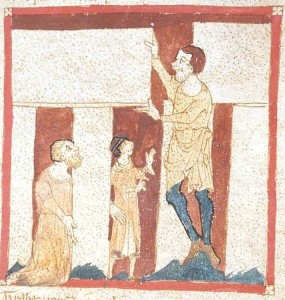 I’m trying to show the most famous works of art for each period of Western civilization (and some from others as well), including the ziggurats, the Sphinx, the pyramids, Stonehenge, and the Parthenon. (These are the architectural works we have concentrated on so far. We looked at others, but these were the focus.)

For the Greeks, we went through some of the myths, heroes, and Aesop’s fables. Obviously we’re reading more in the Greeks than we did in ancient civilizations. In that section, we read the oldest love poem still in existence.