Today I presented at a faculty conference on Web 2.0 and how to get all of the students in a classroom involved with technology. I actually prepared two different talks, based on the needs of the folks in the audience. Since many of them were already using technology, I used my more advanced talk. The newbies in the audience waited till after the talk was over and asked for information, links, and websites. I was thrilled to have thought ahead to what they might be looking for and to have at hand what they wanted to know. 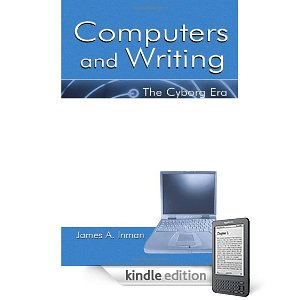 My use of technology goes beyond my composition courses, where I think that technology is a necessity for twenty-first century education.

The following are some of the justifications for why I integrate technology into my classroom on a regular basis.

Why
As college instructors, we are particularly invested in our studentsâ€™ successful completion of our course AND their college educations. We want our students to succeed. We may, however, be missing a major factor that contributes to student success. Peers â€œare the single most potent source of influenceâ€ (Astin 398) in the lives of college students and we can use this fact to help our students succeed in college.

Many of our students are digital natives. But if we presuppose that our students are already computer savvy because of their age or texting ability, we are doing some of them a disservice (Lenhart, et al). A Pew survey indicates that twenty-three percent of college age people in the United States never use the internet. How can we move beyond short-term interventions and help our students of all ages develop important technology skills and sustainable lifelong learning.

Traditional students, known as Gen Yers or Millenials, grew up in a high tech world. They usually have technological expertise and feel lost without their cell phones and computers. They are used to having things quickly, from fast food to high speed data ports (Rabb 16).

Since community college students thrive when they feel like they belong (Schuetz), creating an ongoing classroom blog, where students post and comment regularly, is an effective activity. Through the blog, students connect with one another. This encourages intergenerational discussions and relationship-building, which contributes to the studentsâ€™ retention (Astin). Often students will respond to people who are very different from them without even realizing the difference.

The interactions between students brought about by the blog cause the students to be more academically connected, which increases student retention (Astin, et al).

Part of the reason I have made such a strong attempt to incorporate technology into my classes is that these students need to be introduced to the usefulness and the pitfalls of the technology.

The internet is socially transformative, allowing access to information and ideas that students do not have access to in other ways. 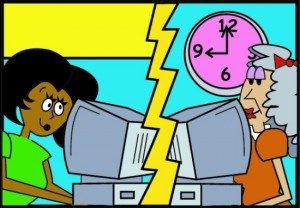 We can help our students learn to ask questions about what the circumstances of creation mean for the writing which they compose for the net, if they do compose. Some argue that rather than composing, texts on the net are the result of construction and compilation, engineering terms which change the meaning of the writing (Stroupe 611). We can talk about the verbs that we use to describe language on the net and what that says about the net and about us as users, rather than readers. Perhaps we could talk about the differentiation between linear and hierarchical structures of the programs used to create the net and the limitless opportunities to available for formulating, assembling, and presenting the information (Paul).

Jakob Nielsen says that writing is found through â€œinformation foragingâ€ (106), which is the modus operandi of reading the net. Most people using the internet are searching for something specific. This effects what information gets seen and different rhetorical decision trees would create different materials. We can help our students see how writing found as a result of information foraging is less a contextualized narrative, like a fiction story, and more an uncontextualized work, existing in the digital environment like an old photograph might be lying in a desk drawer.

Does this lack of contextualization take away from â€œthe experience of language, voice, form, implication, or evocations of culture or placeâ€ as Stroupe argues in his 2005 essay? Does it alienate the information, divorcing it from the social circumstances which produced it? How might a lack of knowledge of the discourse community which composed it influence a reading or understanding of the texts?