Holly Fletcher, adjunct prof at Dallas Baptist University
â€œMomâ€™s Gingerbread and the Lace Negligee: The Shifting Role of Women in All the Kingâ€™s Menâ€

See Jackâ€™s description of Willieâ€™s relationships with his wife and mistresses and the voterâ€™s view of those relationships (Warren 493). 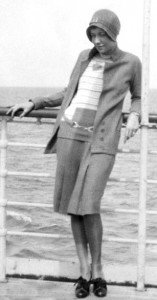 Frederick Lewis Allen, qtd in Gourley (6, 7)
Gourley, Catherine. Flappers and the New American Woman. Vol. 2. Minneapolis:
Twenty-First Century Books, 2008.
Despite these proclamations of sexual freedom, concerns of marriage and competition for relationships with the opposite sex became an obsession as never before (Evans 178).
Evans, Sara M. Born for Liberty: A History of Women in America. New York: The FreeÂ Press, 1989.

â€œSadie is unable to feel whole because she cannot measure up to the standard of beauty that society demands and therefore believes that she cannot have a relationship with a man who will be faithful to her.â€ (seen in Warren 214, 215)

nice if Willie â€œmight have all been differentâ€ (Warren 603), doesn’t seem real
Willie needs â€œMomâ€™s gingerbread,â€ and “the black-lace negligee”

Lucy & Sadie live, but not “as complete women.”
fragmented beings
attempting to find their way in changing world
believe â€œ[Willie] was a great manâ€¦â€ (643)
want to believe “they can also be great.”

Audience response:
Huey Long fictionalization.
Of the literature about Long, this was the version that was the least accurate in regard to his life. Were there accuracies in regard to the women in his life? Interesting idea.

professional women and careersâ€¦ Yet Sadie is still waiting for him to come to her.

Eleanor Roosevelt to political wives: â€œMake sure you do not block the view to your husbandâ€™s face.â€ 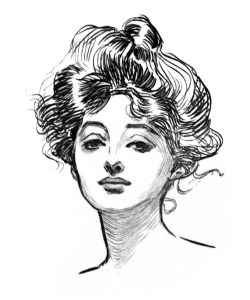