Tarpley referenced Benjamin Wikerâ€™s 10 Books Every Conservative Must Read: Plus Four Not to Miss and One Imposter at the start of her talk. 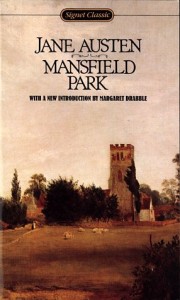 Jane Austen: â€œGreat writers cannot be â€œpigeon-holed,â€ yet she has been claimed not only in support of conservatives but also Marxists, feminists, deconstructionists, queer theorists, and other post-moderns.â€ even pornographers

teaches about human nature-. displaying the vices we have and virtues we should want

Mansfield Park most Christian, atypical, took the longest time to write it, never reviewed in her lifetime

ethics,
narrative resonates more than theory does
Austen better than Aristotle.
ethics is all about choices. Austen gives us a story to hang our ethical decisions on.
Tom Bertram- doesnâ€™t think of $$
what feels good isnâ€™t necessarily right 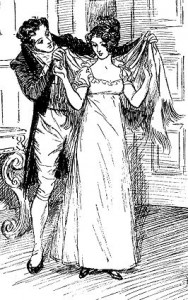 education,
Austenâ€™s great theme.
Fanny is only ten when she is adopted. Represents the whole spectrum of learning.
Learning in three forms:
pleasure â€“ to enjoy
utility â€“ to catch a husband
freedom â€“ â€œlifetime learning of a free personâ€
MP foreshadows this trend wherein learning for its own sake seems â€œstupidâ€

sonship,
6 sons
four living fathers
3 bio, 1 adopted
focuses on Sir Thomas, acts as surrogate father of all the sons in the book
miseducation of sons and the consequences thereof

leisure,
use freedom responsibly
a word that appears more times in Mansfield Park than it does in her other novels

Aristotle, leisure is â€œthe first principle, the end, or the goal of all human activity . . . Leisure is properly the enjoyment of life; it consists in doing the things which make a life worth livingâ€ (Adler 323). 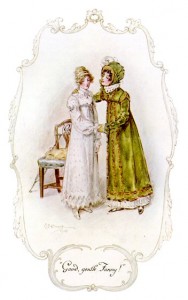 silence, gratitude, humility,
Fanny is quiet.
Silence allows her to think about what she learns.
â€œSomeone who understood other people, who attended to their secret meanings, who read people properly, might have been called hermeneuticalâ€ (James WoodÂ “The Birth of Inwardness: The Heroic Consciousness of Jane Austen,” 26).

East room = traditional Christian closet where a person can think and decide how to act.

Fanny is excessive in her gratitude to Edmund, which she learns in his wrong choices.

Vanity = cardinal vice (according to Austen)

self-knowledge
â€œEach of us has experienced, as Elizabeth Bennet does, a time when we recognize that â€œTill this moment, I never knew myself.â€

Self-knowledge is one of Austenâ€™s key virtues, without which her heroines cannot achieve happiness.â€

â€œshe learns that simply being good is not enough; taking action on behalf of the good is necessary for the moral life.â€ 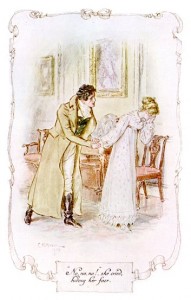 Audience Response:
chooses not to act in their play- until forced

Her choices are more going against the boxes people are trying to put her in.
Where do you see her being active? In her refusal to marry Henry Crawford. To resist that is a huge thing.

She is denied choices. But she can resist their forcing.

Not doing things is her part as the lowest social class member.

Make relevant to our students by showing that she doesnâ€™t make active, positive choices. Mostly reactive. but she does learn and change. Thatâ€™s an opportunity to talk with our students about getting out of the experience they are forced to doâ€¦

Some of the critics call Fanny a monster.

Relying on textual evidence from the novel and focusing on Austen’s heroine, Fanny Price, the first half of the book contrasts the Christian liberal education that fosters the development and practice of constancy with its secular utilitarian counterpart, which impedes its development and practice. The second half considers the two most important subjects for Christian liberal learning, beauty and truth. Tarpley delineates the dual role of constancy — moral and intellectual — to guide the heart’s pursuit of beauty and the mind’s pursuit of truth. Her argument contributes to the ongoing debate on the philosophy of literature, religion, ethics, and emotion.

The cover image of the book, from the publisher’s website, is fair use for review and discussion.

Update: This post amended at the request of the presenter.