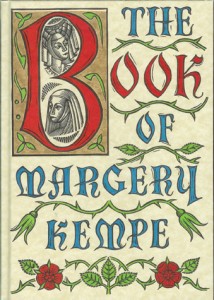 Mandi Roberts of Tarleton State University
â€œMargery Kempeâ€™s Reform of Feelingâ€ â€“ based on her thesis
grad student, published journalist, will receive MA in May

“Margery had a rich vein from which to draw as she formed her own expression of piety.â€

self-construction as a voice of God

firmly placed in the contemplative tradition: Devil appears when she is in postpartum depression and unshriven 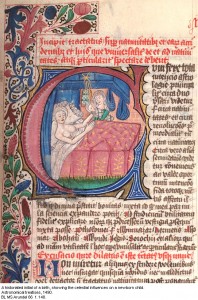 began to see devils that clawed at her (schizophrenia?)
orthodox in her visions of devils, in their tricks, and in her resistance to them

learned Christ would be with her
learned she could resist demons

falling to fleshly enticements could deter a person from being saved
willing trek into sin after living separate, became depressed
Hilton said you should pay attention to Christâ€™s body.

fear helped her to rely on Christ, fears concerning her feelings were her greatest scourge on earth 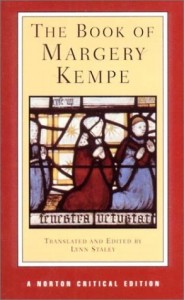 Audience response:
Is her illness really a psych illness?

How does she construct it? She does not construct her illness as a disease but as a demonic oppression.

Perhaps it was a psych illness, she did construct it differently.

When you point out some of the context for her beliefs, she does seem less crazy. There is a clear context that she is pulling from.

Mental instability is common to tie to bed in the home.

She uses her construction of her psychological affliction as a spiritual mystic to get herself out of a bad psychological situation where she would be tied to the bed.
Manipulationâ€¦ maneuveringâ€¦ She was a brilliant woman who did take advantage of her illness to barter for her survival and independence.