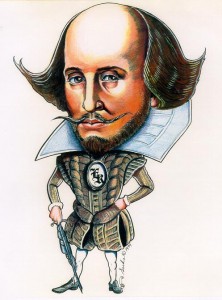 Charles Dickens “It’s a great comfort that so little is known about the poet. …I tremble everyday lest something should turn up.”

Mark Twain “No, sir, I do not. I believe they were written by a different party of the same name.”
Twain believes that Shakespeare lacked the requisite biography to write the plays, not having the languages or the education.

The first man to question whether Shakespeare wrote the plays:
Rev. James Wilmont
could not find any books of Shakespeare
(and there were none in his otherwise very detailed will)

By the late 19th C Baconian heresy (Sir Francis Bacon wrote the plays) this was accepted around the world. Including by Twain, Helen Keller, etc.

In the early 20th C Bacon was joined by Edward de Vere, Christopher Marlowe, and X- another earl.

WWII brought the suppression of the anti-Shakespeare discussions.
The end of the 20th C saw its resurgence.

Case for de Vere: In the 20th C, Edward DeVere, 17th Earl of Oxford, was the most popular candidate.
At first glance he seems to be the best candidate.
But he died in 1604.

Case for de Vere was first named in Loney’s Shakespeare Identified.
Made a list of 18 characteristics of the author that are more and less useful.
good: knowledge of military, law, classics esp. Roman comedy, enthusiast for Italy
not useful: probable Catholic leanings, eccentric

The translator of Ovid was Oxford’s private tutor. This book was used for the illusions in the plays.
Resided in Italy.
Oxford’s Men was his acting company.
Oxford was, under his own name, a major minor poet. Many of his poems have been anthologized.

de Vere’s bio strengthened his case.
Many of the sonnets were similar to DeVere’s life.
Sonnets to the Young Man– bisexual
in the 40s in 1590s when the sonnets were written
Surely the Earl of Oxford was more likely to address another earl so cavalierly. 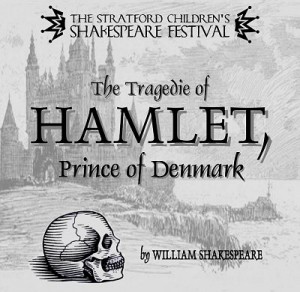 Oxford related to various folks parodied in Hamlet.
“falling out at tennis”
DeVere’s notorious tennis court squabble in 1580.
invested and lost 3000 pounds under Lock/Locke, perhaps the precursor for Shylock.

Much about it seems wrong.
de Vere’s dates are wrong.
1590- de Vere was already nearly 40.
Some argue that his work that was published under his own name was his juvenalia.
They also argue that the plays were written earlier than the common conception.

Priest said that Oxford sounds like he could have been the author.
1609 sonnets address “ever living poet” (meaning dead)
1609 “never writer to an ever reader” a play? published addresses
Apparent references to someone dead are after 1604.

As with Bacon, a major argument, no smoking gun. No direct evidence for Oxford.

Oxfordians believe that Oxford’s Bible offers proof.
1579 Oxford’s Bible, 1000 underlined or marked passages, 40 annotated notes
Roger Stripmatter and Mark K. Anderson
1/4+ of the Bible were direct references to Shakespeare’s plays.
Among them 100 Bible verses that had not been previously noted by Shakespeare scholars.
This is HUGE, to me. If 100 Bible verses were not previously noted, does that mean all the rest might also fit? I find this very persuasive. 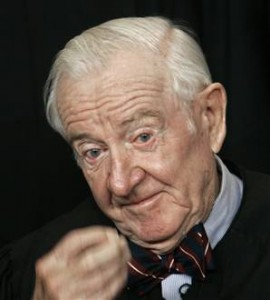 1987 Supreme Court Justice Stevens brought Shakespeare to the court. He is a devoted Oxfordian. Several justices agree he may be right.

Reasons why it was probably Oxford:
1. Only a nobleman could have produced writing so replete with courtly life and experience beyond England.
2. Dabbling in theater was not considered appropriate.
3. “Dead” poet when Oxford dead.
4. Bible verses marked; Shakespeare scholars hadn’t seen the connections beforehand, but they are clear in retrospect.

1986-1987 Mock Trial on the authorship of Shakespeare in the Supreme Court
The panel found insufficient evidence for Oxford as Shakespeare.

However, a big argument AGAINST Shakespeare being the author was repeated/offered by Justice Stevens, when he asked, “Where are the books?”
“You cannot be a scholar of that depth and not have books in his house.”
Shakespeare’s extensive and specific will named not a single book.