A grad student queried a colleague:

I am a first semester grad student …taking a FYC pedagogy course. Here’s the prompt for one paper I have to write: The seminar paper/project involves the sustained study of a question of interest to you (i.e. related to the theory and practice of teaching composition).

I’m not sure how to ask my question to you since I’m still learning the academic/rhetorical nomenclature, but basically I wondering if there is any work being done that seeks to make connections between teaching comp and spirituality, or religion, or the soul, or a “holistic” sense of person. . . or I don’t know what it might sound like. I’m aware that there’s a big discussion around “voice”; would that be some way in? I’m sorry to be fuzzy on this. In fact, maybe someone might be able to ask me the right questions to help me think about what I’m asking. 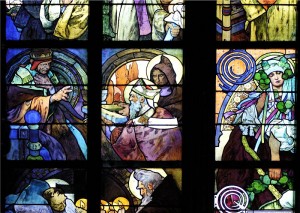 And the grad student got quite a few answers.

Here are the answers received (for the sake of space, I will not blockquote).

Response:
It’s not new research, and my impression is that it’s rather out of favor in Rhet/Comp circles, but you might try a book by Richard Weaver called “Language Is Sermonic.” It’s a collection of previously published articles and chapters from books rather than a coherent work of its own, but it’s a good introduction to Weaver’s thoughts about speaking and writing. Weaver seeks to defend the discipline of rhetoric from its fashionable attackers (at the time, social scientists); his biggest defense is that rhetoric recognizes that human beings are more than their logical minds:

“Humanity includes emotionality, or the capacity to feel and suffer, to know pleasure, and it includes the capacity for aesthetic satisfaction, and, what can be only suggested, a yearning to be in relation with something infinite.”

Weaver’s also a great deal of fun to read–he’s right up there with Walker Percy in terms of affable grumpiness. 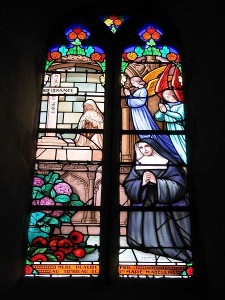 Response:
I have a book on my shelf (I haven’t yet read it) that may be worth a look. It’s a collection of essays called Negotiating Religious Faith in the Composition Classroom, edited by Elizabeth Vander Lei and Bonnie Lenore Kyburz (Boynton/Cook, 2005).

Response:
Here’s an incomplete bibliography:
https://www.msu.edu/~zuidema2/Christrhetcomp.html
I’ve found Kenneth Burke to be a great starting point for working some of this out on my own, but that takes some heavy lifting.

Jim Corder is a great source, especially “Argument as Emergence, Rhetoric as Love”

Also, Elizabeth Vander Lei at Calvin is doing a lot of work in this area; here’s a bibliography:
Converted to Other Uses: Renovating Rhetoric in Christian Tradition (co-edited with Tom Amorose, Beth Daniell, Anne Gere). In progress.

Negotiating Religious Faith in the Writing Classroom (co-edited with Bonny Kyburz). Portsmouth, NH: Heinemann Boynton/Cook, 2005. — This is the one book I’d suggest in the area if you have to choose one.

Book Review. Beth Daniell. “A Communion of Friendship: Literacy, Spiritual Practice, and Women in Recovery.” In The Journal of the Assembly for Expanded Perspectives on Learning 10 (2004): 98-101. 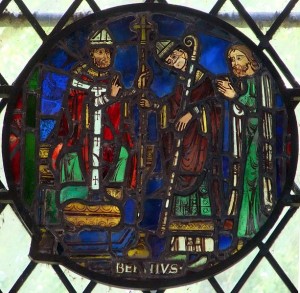 Response:
Yes – quite a bit, though it’s scattered around. Here are a few sources I’m aware of:

Charles Suhor, “Contemplative Reading The Experience, The Idea, The Applications,” The English Journal 91 (2002): 28.

Priscilla Perkins, “‘A Radical Conversion of the Mind’: Fundamentalism,
Hermeneutics, and the Metanoic Classroom,” College English 63(2001): 585.

(These are in footnote format which is why they all look like they’re only one page. They’re not. The Perkins article is possibly where you should start reading. It’s quite good.)

Welcome to the academic conversation. (ed. I love that line!)