Speculative Fiction Representations of Rape: From the Survivorâ€™s Perspective

Fantastic literature is popular at least partially because it â€œchallenge[s] the received notions of realityâ€ (Armitt 7), which allows it to break expectations on a regular basis. An exploration of speculative fictionâ€™s representations of rape can create â€œa new knowledge pertaining to the ideological necessities of a textâ€™s silences and deletionsâ€ (Sielke 5) and it is particularly apt for an examination of the voices of rape survivors, since it deals with â€œthat which evades articulationâ€ (Jackson 37) and rape often â€œexists as an absence or gapâ€ (Higgins and Silver 3).

Fiction frequently features an â€œaestheticized rape narrativeâ€ (Stockton 16), a mediated rhetorical interpretation of a fictitious event (Sielke 2) and a cultural representation which constructs a particular view of rape (Bal 101). â€œ[W]ho gets to tell the story and whose story counts as â€˜truthâ€™ determine the definition of what rape isâ€ (Higgins and Silver 1), especially in a text where dialogue and narration limit the readerâ€™s access to information. Alternatively literature provides an avenue for noticing the silenced voice, because the authors indicate to us when there are silences.

Looking at the works of four different speculative fiction authors who tell stories of rape survivorsâ€”Patricia Briggs, Charlaine Harris, Elizabeth Moon, and David Weberâ€”offers an opportunity to talk about a topic that is often silenced. 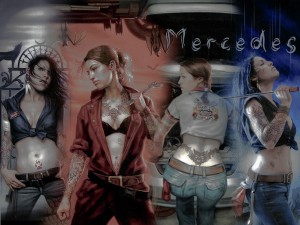 I will be presenting on Saturday, at 4:45 pm. (And there appear to be only two speakers for our session. Perhaps I can do the nine pages!)

2 thoughts on “My PCA Abstract”