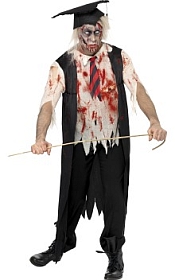 Very interesting session. My mind wandered somewhat, since I went to sleep at 2 and got up at 6, but there was some good stuff.

Matt Saye: “Bodies without Organs” 28 Days Later
rabid cult following
cultural examination
fast zombies, but underlying meaning
community in the film
Jim is prototypical manchild
child-like utopia, no adults and no one to tell them what to eat: soda and candy bars
chances of survival are better when you have more people, community, groups
Capitalism and Schizophrenia book postulates desire is the desire for connections
each survivor looks for connection
rapeâ€”soldiers look at the women as sexual objects
top down authority
women are silencedâ€”arenâ€™t asked questions, donâ€™t make comments
Jim is declared dead when he jumps over the wall that separates the living and zombies
girls think Jim is infected when he gouges the rapistâ€™s eyes out and then when he kisses Selina, the other woman bops him over his head b/c she thinks he is biting her
28 days, our world after 28 days

Jacqueline Smilack, University of Colorado Denver
rhetoric of composition classroom as zombies: undead, mindless, etcâ€¦
horror genre can lure students into learning about rhetoric
World War Z for use of language and power of authorial voice
plagiarism in terms of Jane Austen and zombies 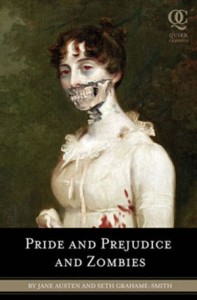 What Would Jane Austen Do?
plagiarism becomes blurrier
Pride and Prejudice and Zombies:
fair use
plagiarism
academic dishonesty
incorporating sources
Lethernâ€™s idea of â€œfirst useâ€ and â€œsecond useâ€ (Ecstasy of ???)

Not all students were familiar with the work (either PP or PPZ) or the deluxe edition with 34% more zombies.
Many liked the attribution.
But inserting scenes bothered them.
B/c changes on each page â€œoriginal enoughâ€

academic writing is a mash-up of sources 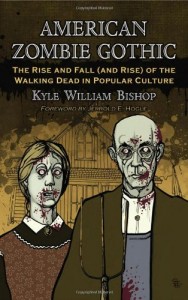 zombies new The Walking Dead reinvigorates zombie narrative with pathos, only way to frighten is if viewers actually care about the humans
increases the tragedy of characters by making the audience fear for the human/living characters 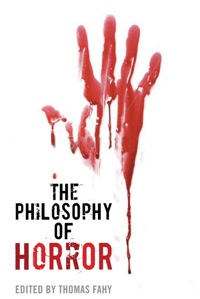 The Philosophy of Horror published 20 years ago Carroll(?sp)
mirroring effect that defines the genre

for zombies to get empathetic connection, emotional bonding
Dawn of the Dead wakens from a nightmare to find a worse nightmare in lifeâ€”struggle for her to survive and bring her child to be born
viewers relate to the humans
feel Franâ€™s emptiness, laugh when rob bank for poker money
viewers sit by
personalized description of destruction, Peter is dying. Executed by Stephen.

â€œall the wrong people are dying. Seems like all weâ€™ve got left are assholes.â€ Unfortunately she is right, so people donâ€™t care about the death of the zombies. Hasnâ€™t had the chance to get to know the characters.
Fear is even more absent in the film.
on the island, fear is irrelevant.
Muldoon calls the refugee humans whom he kills â€œstrangers, no kin of mindâ€
â€œthe dead are coming back to life. We should have been afraid of them, but we werenâ€™t.â€
by having no one to fear for, viewers have no one to react emotionally to

The Walking Dead effectively uses pathos.
originally the comics were a reaction to zombie movies
expansive action and detailed development of characterization

Zombies are often absent.
After the credits, there are 14 minutes passing without zombies.
â€œDays gone byâ€ has less than 17 minutes of walking dead, less than 25%.

screen horror: making characters likable and connected to the audience

After Rick awakens from his week-long coma. His first emotional breakdown is from his wife and son being missing. Sublimates horror of zombie to importance of family.

powerful departure from books- Jonesâ€™ havenâ€™t moved on because his zombified wife is there.
Tries to shoot his zombied wife with a scope. Canâ€™t do it.

fourth episode- family
Andrea and Amy fishing together.
reminiscence about fishing trips with father
Jim mourns his survival while his family is dead.
Amy is brutally killed by the zombies. 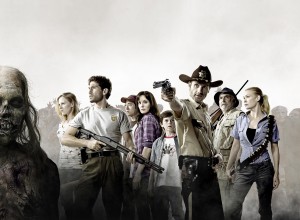 Zombies work best when they are presented empathetically but not sympathetically.
Death is not the worst thing that can happen to you.
Zombies should be scary, but only can be when the audience cares about the living heros.

Dan Mason, Mansfield U
Why zombies have succeeded in invading our culture
David Monroe, blogger â€œThese are dark times.â€
300,000 people died only 16 mths ago in Haiti,
aftershocks in Japan continue
2M gallons of crude oil into Gulfâ€¦
Can the undead apocalypse be far away?
social, political upheavalâ€¦ so great, lasted so long, when undead walked earth, folks were too involved to manage them 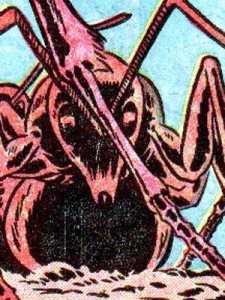 Siege story 1938 Carl Stephensonâ€™s Leiningen versus the Ants (plantation owner)
unrelenting human wave
Japanese continued to attack until 1) all destroyed or 2) they won.
Flesh-eating vegetables The Day of the Triffids

Night of the Living Dead ended with everyone in the house dead, except the lone black man. He greets the living outside when the morning comes. And they kill him.

people were not stirred up.

Clintonâ€™s time brought in a book about comet passing the earth, which brought the dead back to life. Still life was not bad enough for zombies.
suffered under 8 years of prosperity under Bill Clinton

culture boiled over
Max Brooksâ€™ Zombie Survivor Guide, looking at the Amazon listings, this book is #10 in humor, #169 in most popular

1000 books about the undead have been written since Brooks–many unknown even within the horror community
Stephen King turns folks into zombies when they answer their cell phones.

One thought on “Zombies and Pedagogy”