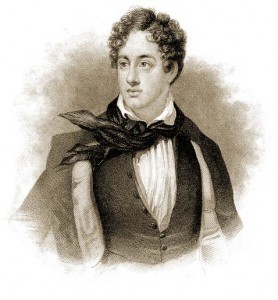 Snapeâ€™s development requires audience to remain engaged with the story.

Harry is an unreliable narrator, because he is an 11 (or older) year old boy.

Snape in his dying moments, he gives Harry his memories. Snape loved Harryâ€™s mother and was always following his love for her.

Like Lord Byron:
Arrogance
brusque, looks on himself as best/ others not, treatment of Harry
plays by his own rules
reclusiveness

book on Lord Byron in film and movies 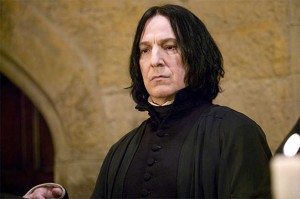 Snape has more than his fair sure of hateful qualities.
Plays by his own rules.
Hides his status of good guy within the series.
Harryâ€™s father tortured Snape and this created problems between them.
Every example of Snapeâ€™s â€œdishonesty and evilâ€ is intended to support Harry and keep him safe.

at the end of the first book, Harryâ€™s unreliableness is shown.
Readers are pre-conditioned to doubt Harryâ€™s interpretation of Snapes.

Harryâ€™s decisions drag him to action.
â€œSnape looks like the bad guy, but is the real teacher.â€ Applebaum

without Snape, Harry would never be able to make his own journey and triumph in the end.

Harry and Snape is far more interesting than the relationship is between Harry and Voldemort.

uncertain loyalties and presence in the book, calls into question readerâ€™s understandings

Snapes and James hated each other.
Azkaban provides background for their relationship.
Explains his treatment of Harry.

Snapeâ€™s love for Lilyâ€¦
Snapeâ€™s Worst Memory -> James and Sirius advance on Snape. Struggling. Tortured. James and his friends tortured Snape in front of other students.
Relationship in book 5 is shown (discussed in book 3).
James, the father, is a bully who picks on the less fortunate.
Presumably if Harry is so like his father, Harry should be a bully.
James is defined as courageous and loyal, BUT anytime his actions are shown, he was a bully.

Examine the presentation of James.
He must have redeeming qualities, or was Lily a totally idiotic girl in love with the bad boy? 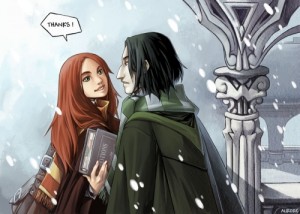 Love interest for Snape?
Who on earth would want Snape in love with them?
Whoever asked that questionâ€¦ I am slightly stunned that you would ask that.
Knowing the relationship between Snape and Lilly, Rowling was foreshadowing events in the final book AND in developing Snape as a Byronic hero.

fan fiction is a way for readers to critically engage with texts.
â€œFan Fiction Onlineâ€ Angela Thomas article
way of exploring the puzzleâ€¦

fan fiction = Snape Byronic hero
Isnâ€™t there a chance that a fan fiction writer will get to where Rowling is going before she gets there?

Books are limited to Harryâ€™s perspective.

Sympathy for Snape becomes central to the character.
On the page, authors have god-like control over their characters. Canâ€™t control how their audiences engage with and participate in the creation/reception of the characters.

Byronic tropeâ€¦ centuries (1820 to 2011 does not equal centuries). This is that magical thinking that my students engage in. Whatever they know is real and everything else must be long ago (thousands of years for WWII for example).

recommended novels to student going through depression to help heal

No one would want to be Snape. Donâ€™t identify with him, but they look at him as a Byronic hero such as we do not have in life. Byronic/romantic image

In an online chat after publicationâ€¦
Q: Snape hero?
A: Not particularly likable, riddled with bitterness, â€¦ but yet he loved and showed loyalty to his love and ultimately laid down his life because of it. â€“JKRowling

dynamic relationship of Harry and Snape.