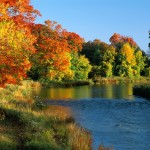 Teghan made sure we understood the Canadian terminology: first nations = indigenous aborigines or, for us Americans, Native Americans. 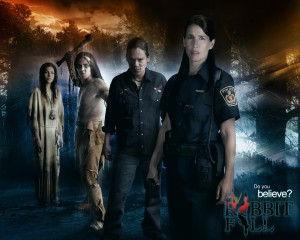 “Rabbit Fall” is a Candadian speculative fiction show which debuted in 2008.
Rabbit Fall, Sasketchawa
It’s a typical small town with a center downtown where everyone knows everyoneâ€™s business.
The main character is Royal Mounted Police, Tara Wheaton.
Everyone wonders who is she?
Tara arrives in Rabbit Fall and dives headfirst into cases, especially those that have been neglected. When she does, she discovers that something is very wrong in Rabbit Fall. There are a high number of First Nationsâ€™ women missing and any mention of them or requests for help from the police have been ignored. 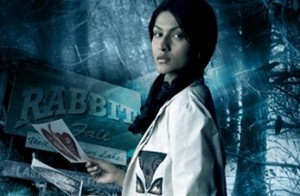 Canadian background (that is referenced in the television series by experience, but not by name.):
There is in fact a genocide in Canada and it has been labeled â€œStolen Sisters Crisis,” by the First Nations people. The name has the stamp of approval from Amnesty International and someone else. It references the fact that First Nations’ women are going missing and/or being found murdered in significant and scary numbers. In the last five years, 580 women were reported missing or found murdered, but this number is believed to be very low in relation to how many women have gone missing because of lack of trust in the authorities, who are sometimes (often?) complicit or propagators of the violence against the First Nations’ women.

An incredibly horrific real life example of this is the Canadian butcher, Picton, who sexually assaulted and murdered women. The bodies of 57 women were found on his land. He was found guilty, so that even a colonial society recognizes the evil within it.

The female aboriginal is turned into the degenerate other because of the gendered patronage, deep colonial practices of the society in which they live. They are considered disposable objects. This negative stereotyping/identification is exacerbated by the fact that many First Nations’ women work as prostitutes (legal in Canada, but not decriminalized). In general, prostitutes are 75% more likely to have violence imposed upon them and the prostitutes from the First Nations have even more violence perpetrated agains them. 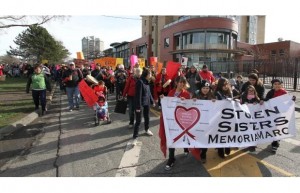 Because of their work as prostitutes, First Nations’ women become degenerated racial other.
Often perpetrators act with immunity.
There are widespread reports of police not following through or police being complicit or active in the genocide.

The TV show Rabbit Fall brings focus to the real-life situation.
Note: The show does not use the term “Stolen Sisters Crisis.” It does, however, work within that crisis situation and tell the story of that situation. 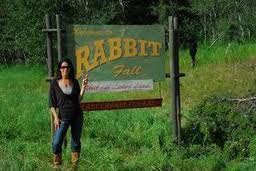 Rabbit Fallâ€™s pilot episode makes clear that the oppression is real.
The first case Tara runs into is a woman missing for 3 months, about whom the police have done nothing. Her brother comes into the station to ask for help. “9 months, sheâ€™s been missing for 9 months, and you donâ€™t give a shit,” says her brother.
In response to his anger and diatribe, Tara asks for the details. No one knows the situation because they are not working on the case. The other police ignore it. One guy says all the women get a ride and go into the city. When he is questioned, he admits these women rarely return, so it is purely supposition (or a coverup?).

In the series “Stolen Sisters Crisis” is met with the same police apathy it receives in real life. There is a decided lack of action by police. The town folk share in this apathy. Everyone seems to believe that the lives of the indigenous women are just â€œnot worth the trouble.â€

Bob the policeman is a corrupt man who hates women and extorts the women in his town for sexual favors. Residents of the town resist the police officers, as would anyone whose police were like that. â€œI find in general cops donâ€™t listen very wellâ€¦. You can learn a lot from the silence.â€
There is a general resistance to police in RF, understandably so.

As Tara becomes more involved in the cases, she is eventually accepted by parts of the town. Many of these are the First Nations. The reason for this is not simply because she has become involved in working these cold cases.

It turns out that Tara is an adopted child. She recognizes that part of her heritage is missing. Her adoptive parents are white. She is not. She is metis, mixed race. This is a fundamental identity in Canada. It intertwines with Canadian history because as a result of the colonial history, many First Nation people have had their heritage stripped from them.

Then viewers find out that Tara is from RF. How stunning, right?
As she learns her ancestry and accepts her metis heritage, she becomes able to see the past, learns dead languages of her ancestors, and is given ? medicine (medicine = knowledge/power).

A medicine woman is highly respected, source of memory and strength. When Tara becomes medicine, she is seen as too powerful. Bob and Simon discuss doing away with Tara. But Simon says it is too late; he canâ€™t kill Terra. â€œShe is medicine. She is more powerful than you think.â€ 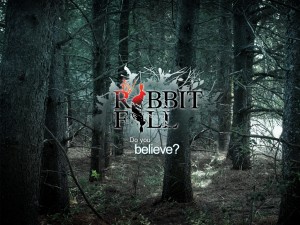 Obviously the bad guys are afraid of the change in the town, since the town was running how they wanted.
Simon and Bob represent colonial oppression.
First Nationsâ€™ women are pushing back an Tara represents the fight back. They are demanding change. The television series has made a stronger argument b/c it is connected with the Stolen Sisters Crisis in the minds of those who know (the screenwriters are a First Nations’ woman and a white male).

There is a power to sci fi. Power of sci fi can bring a controversial topic. Science fiction can bring a topic back to its audience. Medium = message is successful.