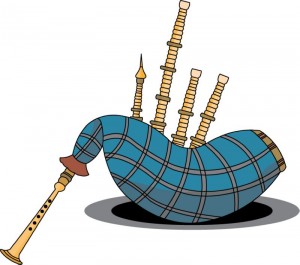 This was my first time ever to teach a humanities class. It’s a freshman course that is an option of a required humanities field class. It’s an intro to humanities. Many of the English teachers teach it as a literature course. One teaches it as an art appreciation course. I did it more like history, but with art, architecture, literature, and music.

One of my colleagues taught this class before. She told me about her creative presentation, which was their final. She had a graffiti artist bringing in a big panel, a drop cloth, and paints and painting while he talked about tagging and she told me about some other wild projects. Well, I told my students that’s what we were going to do for our final. And we did. (A third of the class dropped out, so we stayed late and got everyone in tonight.)

Jonathan his brother and their bagpipes, which they purchased from a person who makes them by hand in Scotland (through their school St. Thomas Episcopal which apparently has an amazing Scottish arts program). These guys had played at an Astros game and were ranked second in the world for bagpiping teams. (Who knew there were such things?) So we had three bagpipe songs.

Then Ja’Lisa made crawfish etouffee and brought rice to go with it and homemade peach tea, with real peaches.

After that Jeff read from his noir novel the scene where the loan shark shows up at the Satanic minister’s house and kidnaps his girlfriend. There’s a great scene with the neighbor’s rebellious daughter up a tree smoking cigarettes when she sees the loan shark come out of the guy’s house with a lumpy carpet. She forsakes the tree and her cigarettes when he leaves.

I can’t remember who went next, but we had the dancer in class, Sharon, talk us through bachata (a dance originating in the Dominican Republic in the early 20th century and spreading from there). Then she showed us a video she had made of the basic steps and then of her and her husband dancing a more elaborate version.

One woman knitted three caps this week and showed us videos from the net explaining all the techniques.

Another woman is a member of a stand-up poetry group, of which she is Grand Champion. She acted out two poems–long, involved poems–which she had memorized and recited, with appropriate gestures. Amazing stuff. 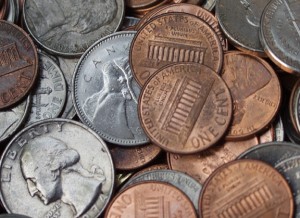 Another woman brought jewelry that she makes with her autistic sister and a zumba video from the place she works out. She wore her zumba clothes for the presentation.

Chris is from the Ivory Coast but she grew up with samosas as the after-school snack, so she made those and brought them for all of us to try.

Another woman started baking with her mother and became the baker in the family and now bakes cakes for a living. She brought in chocolate with flan, vanilla cupcakes with strawberry and cream cheese centers, and the best homemade tres leches on the planet.

Maria brought her world coins she collects from change machines. She’s gotten some from Aruba and Russia, among others, from soda machines, etc.

Natasha brought her digital SLR and talked about how she learned about cameras for her job at Best Buy. She showed us some of her “bad” photographs, because she has only been shooting for three months. They were great. Then she told us what to ask about if we were looking to buy a camera, so that the sales people would think we knew what we were talking about.

One guy brought in a collage of his family that he made JUST FOR THE PRESENTATION, with pictures of his grandparents, his mother, superhero coloring pictures colored appropriately to represent his father, his son, and his daughter. Apparently they are all into racing, because there were a lot of fast cars in the collage as well. Good use of color, but the way he put the images together was thought out and he explained it all to us.

Absolutely this was the most fun I’ve ever had in a class. There was so much positive energy that I’m still wired and I’ve been out of class for an hour. (Or it could be a sugar high from the Tres Leches, but…) 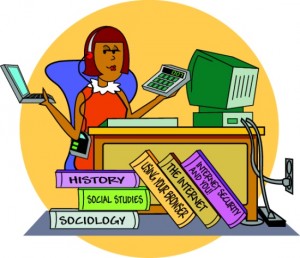 Update:
Someone asked for the assignment parameters for this final. Here is what I wrote them:

The creative final exam assignment was set up like this:

The presentation had to be over something creative that the student was involved in. I gave examples, including
normal art things (painting, dance, graffiti tagging) and
more craft things (knitting, sewing, cooking) and
collections (since some students don’t create but almost everyone collects someone else’s creations).

Each student had a certain length of time (say 5-8 minutes). If the student went over or under, each minute set (so 10 seconds and 55 seconds counted the same) cost ten points. (Setting up time, which included divvying out the food, did not count.)

The reason for that, and I tell them, is I once had a person give a 4-minute presentation for 17 minutes. That is not appropriate.

The presentation had to have a visual component. That is, we had to be able to see something.

So I got the dancing video, with the student showing simple steps and very fancy steps, with the help of her husband. She also showed a video from the net of a full production of that kind of dance. 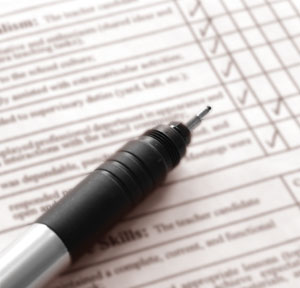 Grading:
I started with a 100 and took points off if:
they went over time.
I could not hear them. (Number of points depended on how much difficulty and for what percent of the presentation.)
there was no visual component. (I was thinking of 10-25% but everyone had a visual, so that wasn’t a problem.)

If you were local, the class is a lot of fun.

3 thoughts on “The Best Final Ever”