Question:
How do you block that gesture?

Answer:
What is ritual? 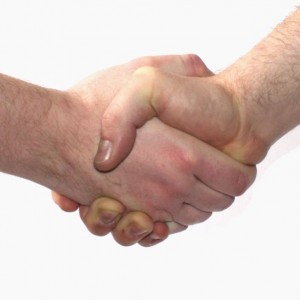 Two men are making a business deal: make a contract, meet with lawyers, both sign and shake hands. That is a ritual. A significant moment. What they are saying is… there is a form of ritual.

Later in the afternoon one is introduced to someone he doesn’t know and shakes his hand. That is not a ritual.

Answer:
Awkwardness of putting head in lap would be part of the ritual. One story a man tries to put his head in the lap of a woman with whom he has been feuding and her brother kills him. (Icelandic–first arm and then his head comes off)

The very awkwardness is important.

Question:
How would the church look at this?

Answer:
Bishops were involved. But later the popes got upset about the idea that a king could pick a bishop. A lordly bishop might have looked a whole lot about an outside lord: having an entourage, giving protection and feasts.

Question:
What does it do to your literary homage if the analogs are about peace gestures that don’t work? Does that mean that Thorkin and Thorkel fall out and fight?

Answer:
Interesting question.
Somebody saying I don’t want to fight.

Response:
Literary effect of failed peace. That peace fails because of strife. But the peace also fails in The Wanderer because the lord is dead.

Answer:
More poignant if it (homage and peace) works for a while.
Homage and killed right away? That breaks the expectation.
In The Wanderer the homage worked, peace broke out, and there was still death and loss.
An interesting way of looking at it.

Question:
Cambridge students argued for groups of poets, with similar features to their poetry, who went out and disseminated.
Can you discuss poems in other groupings?

Answer:
Not extended to the rest of the corpus.
Worry is how and when the kinds of patterns I believe are there can be persuasively articulated on a statistical basis.
Fascinated and worried, anxious about the whole set of ideas…
When I was young, back in the last century, when people like Tom Hill were teaching me, I was taught there was a shared body of expression in OE.
I think that idea has an extraordinary grip on us. But do we need to break that grip? I think we do, but at the same time it breaks a lot of things, so I think it is kind of dangerous.

What I think is dangerous, because I like to think that everything we have been taught was wrong, but I worry that it’s a hazard to my career to do that.

Question:
Key proverb doesn’t exist in Latin, no iterations besides this one.
What about cognate languages? Did you find it there?

Answer:
Haven’t found it so far in cognate languages. It came as a surprise to me that it turned out apparently to be a vernacular proverb, not Latin.
Haven’t finished looking into it.

Comment:
Suggestion that it is a native Anglo-Saxon proverb. Does it end up elsewhere?

Question/comment:
Paper in press for three days on Judgment Day on apocalyptic language.
Psalm 30 (? another OE work or the biblical text?)
Shows up in Cole Porter, too.

Question:
Was the book really based on the poem?

Answer:
overstated my case
Don’t think the compilation of the Exeter Book was based on The Riming Poem.
But if we have a compiler who is interested in works that are syntheses of secular and sacred language, he might put it in out of interest.

Question:
White being soiled related to heat and cold?
Where does this come from? Is it from the Bible?

Answer:
I don’t know.
This is part of a longer proverb.
Owl and the Nightingale, have a half a dozen lines.
Flexible proverbs.

My answer:
It is in Revelation 3:4; “Yet you have in Sardis a few who have not soiled their garments; and they shall walk with Me in white; for they are worthy.”
Which relates to the apocalyptic as well. 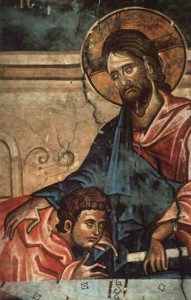