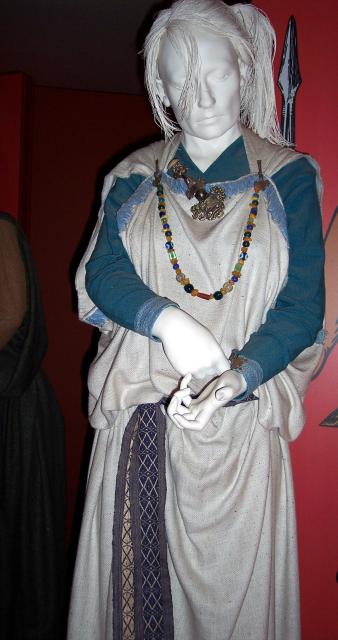 Nature of the poem is highly ambiguous and highly contested.

Such approaches suggest that the work is distinct from other works in the corpus.

contiguities of emotional expression
See Beowulf and The Wanderer.
Is this really that different from the emotions there?

Exeter is focused as a medieval anthology–all poetry.
Contemporary research attempts to understand the intertextuality of the corpus.

Links in these texts to contemplations of death.

All three invite others to contemplate 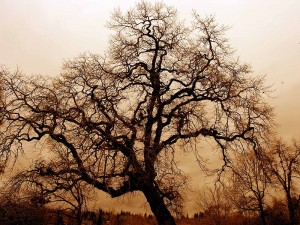 Wife’s Lament opens and then explains how they have been separated.
l. 26 current situation “lives in grove, under an oath tree, in an earth cave/hall”
l. 42-53 mood of poem changes to her “call down” a similar fate
—Niles says 1. cursing her beloved towards the same suffering
or 2. worrying about her beloved and his suffering

There is an emphatic speech act. Speaker thinks it is more than just worrying about her beloved.

Could begin with final section of poem and compare to speech acts in other poems.
Comparisons with The Wanderer “Where is the horse gone? Where is the rider? …Alas the mailed warrior. Alas for the splendor of the prince. That time has passed away… Here money is fleeting. Here x is fleeting…”
Passage could be read as stoic, but the repetition shows emphatic.

Soul and Body presents extreme, emphatic tone
Body never speaks but is presented as a rotting corpse being consumed by names.
l. 92-101
“But what will you say there on Doomsday to the Lord…
But what will we two do for ourselves…
Then we two will be obliged to experience such miseries…”

Soul lists monsters the body should have been born as instead of being sinful.

explicit formatives
emphatic
seems not to be limited to feminine

mourning is not limited to feminine
occur throughout the poem, but also The Wanderer, The Seafarer, and many other works…

opening and vocabulary of emotion
tone and theme are much more visible than masculinity v. femininity

More domestic images of women (The Onion) and of men in Exeter.
The femininity operating in The Wife’s Lament we see a woman of rank involved in political intrigue.
Look at feminine quality of piece in the more obvious presentations of emotion of other texts.

Partial map to build of the poems we have.

Different mss of the period:
feminine gender construction as a public device or structure 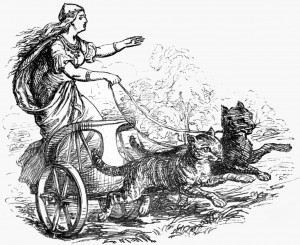 The woman might not have been recognized as a 10thC Freyja
She is a high-ranking woman.
She is not killed or beaten.
She is exiled and through that associated with the powers of the dead.

The woman, her place, and actions cannot be a portrait of a real woman. “Weeping woman figure” that can be related to Freyja.

Can map poem in terms of key events in Freyja

another well-known weeping woman appears in Beowulf
Hildegard “the lady mourned, lamented the warrior with songs”
before initiation of scene, see that she ordered her brother and her son placed on the pyre together
the scop tells us that she watched them burning. We watch with her as the bodies burn, heads explode, and …

Stolen Body 1 and 2 and other versions in Vercelli homilies

In the poems the gender of the soul is not referenced, but wearing a bride ring (so maybe a woman)
Referred to in the sermons with feminine pronouns and inflections.
Dual pronouns (as in the Wife’s Lament) there are dual pronouns discussing the sundering of the relationship wife/husband, soul/body.
Connection with the decomposing

femininity of voice crosses (not into heroic literature) but into the stolen body literature
Psychomachia relates this. Schoarly work.
But femininity seems to come up so often.
Ideas of what a soul-figure might say, might be gendered through the weeping woman figure.

Revised
woman of power at scene of abjection gives meaning to the experience that the departed hero cannot see, curses those who are taken away (emphasized through dual pronouns)

We would be taking notice of the fantasy of feminine mourning that are used to structure narratives of cultural critique.